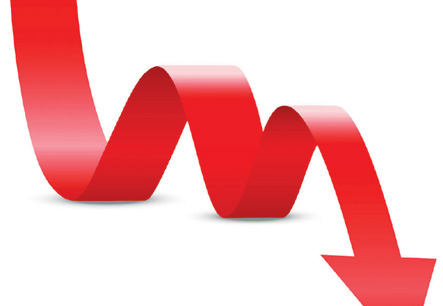 India’s textiles and apparel exports declined by a staggering 73 per cent in April and May, due to closure of factories and problems in shipment of goods following the Covid-19 induced nationwide lockdown.

Reduced demand from importing countries due to similar lockdown there exacerbated the troubles of the sector. Data compiled by the Union Ministry of Commerce and Industry showed India’s total export of textiles and apparel at a mere $1.63 billion for April-May, compared to $6.07 billion in the corresponding period last year. While textiles exports slumped by 68 per cent to $991 million for the first two months of the current financial year, apparel shipment nosedived by 78 per cent to $643 million from $3,128 million
and $2,938 million in the corresponding months last year. The sharp decline in India’s textiles and apparel exports has impacted the entire value chain, including cotton farmers, ginners, spilling mills, fabric manufacturers along with textile and apparel producers. A number of them have incurred unrecoverable losses due to the slow offtake and high fixed cost of manufacturing of which a majority of mills would not be able to survive.

India’s export of cotton textiles and apparel decline by a mere 16.5 per cent to touch $9.42 billion for the period between April 2019 and February 2020 compared to $11.26 billion in the corresponding period last year. Buyers in the US and European Union, two leading export destinations, are cancelling orders and are increasingly invoking ‘force majeure’ clauses in their contracs to halt payments. Buyers of cotton yarn are insisting on a price cut of 15-20 per cent, adding to the problems of the cotton spinning sector.
India’s exports of cotton yarn plunged by 65 per cent to $613 million for the period between April and May 2020 as against $1,729 million in the same period last year.