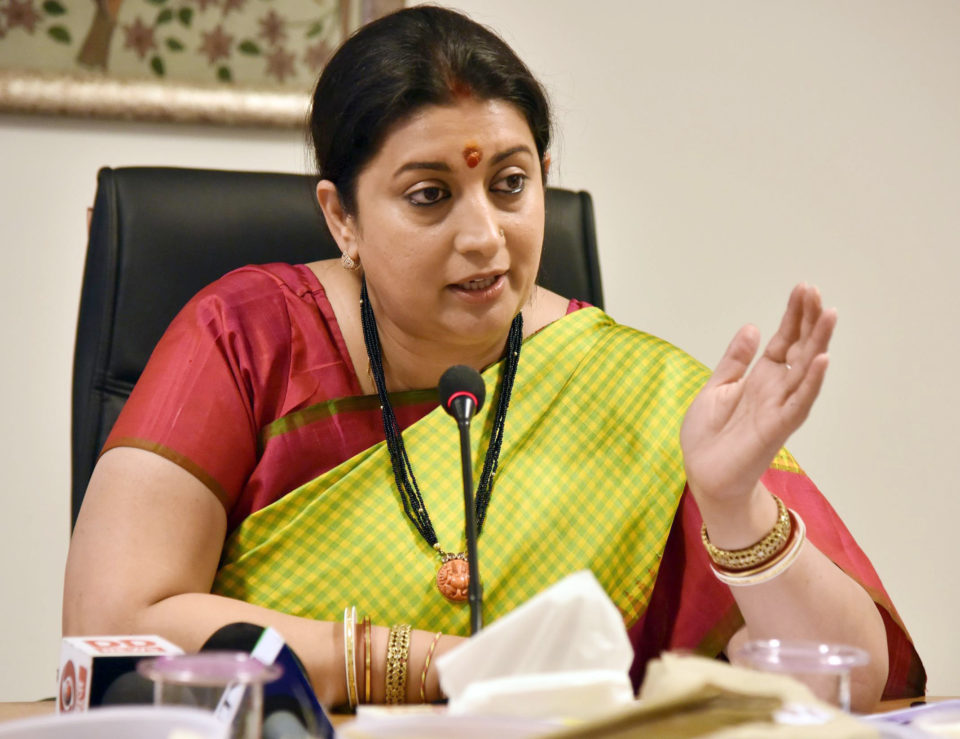 After a humongous win and big backlash to Congress President in Amethi in 2019 LokSabha elections Smt. SmritiZubinIrani will continue to remain the Textile Minister and head the country’s prominentsectors which is responsible for big employment generation. A prominent leader within the BharatiyaJanata Party, she is a Member of Parliament in the LokSabha, representing Amethi. Prior to this, she was a Member of the RajyaSabha for Gujarat and held multiple portfolios as a Minister in the Government of India.

She headed the textile ministry from 2014 to 2019 and did remarkable work to help people at all levels in textile and apparel industry. Be it handlooms, artisans, weavers, craftsman, apparel exporters she was always supporting the causes of industry and was ahead in taking the industry to next level.

She even launched successful campaigns titled as ‘Selfie-with-Handloom’. The campaign targeted Prime Minister’s constituency Varanasi-home to millions of weavers- on August 7, the National Handloom Day. Her efforts were applauded by many and many renowned fashion designers came forward in support of this campaigns. She is known for innovative concepts and interesting campaigns which will further help the textile and apparel industry to grow.

TEAM PERFECT SOURCING wishes the Minister lots of luck and wishes.Irani wants, said sources, that people of the country click a selfie wearing one or the other handloom-made article and post it online on social networking sites.