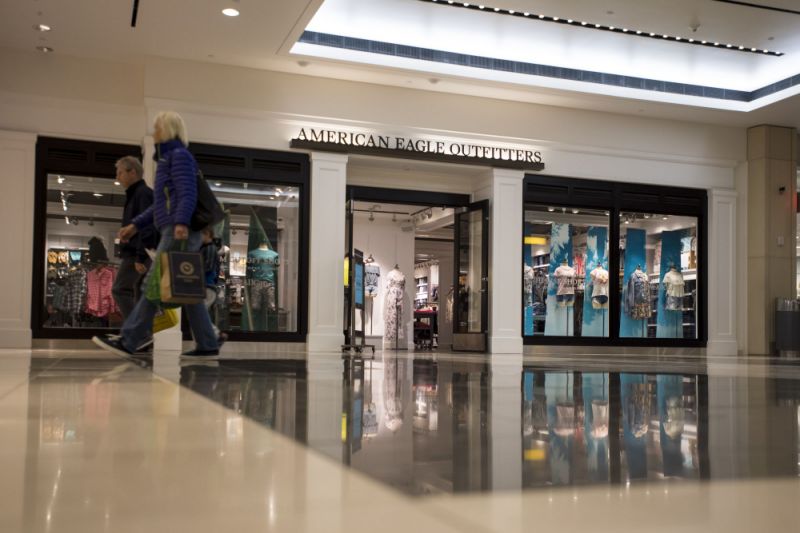 American Eagle Outfitters Inc. fell the most in more than two years after posting worse-than-expected same-store sales for the second quarter following by its investments in denim and lingerie. This signal to the fact that even the investment was not enough to fend off a wider malaise in the struggling apparel sector.

Although, there were some bright spots as Aerie, the company’s booming lingerie and swimwear line, continued to post double-digit same-store sales growth. Comparable sales at the popular unit grew 16%, largely offsetting the 1% decline in the retailer’s namesake brand.

Same-store sales raised 2% companywide in the retailer’s most recent quarter, missing estimates from analysts, according to Consensus Matrix. With the insights, American Eagle becomes the latest U.S. apparel retailer reporting a challenging quarter.

“We were disappointed to report operating results below our expectations,” Chief Executive Officer Jay Schottenstein said in a statement. He blamed the quarter’s results on underperformance in some seasonal categories and a delayed start to the back-to-school season.

On paper, performance was lifted by license royalties from a third-party operator in Japan. “Without the royalty income, there is no denying that AEO’s underlying performance has deteriorated,” said Neil Saunders, managing director of GlobalData Retail.

The retailer, which only gives guidance one quarter into the future, said it’s already getting better out there – sales started to tick up at the start of the third quarter. It said it anticipates this quarter’s same-store sales will increase in the low-to-mid single digits.

The shares fell as much as 14% in New York, the biggest intraday slide since May 2017. They had declined 16% this year through September3rd, 2019, Tuesday’s close.