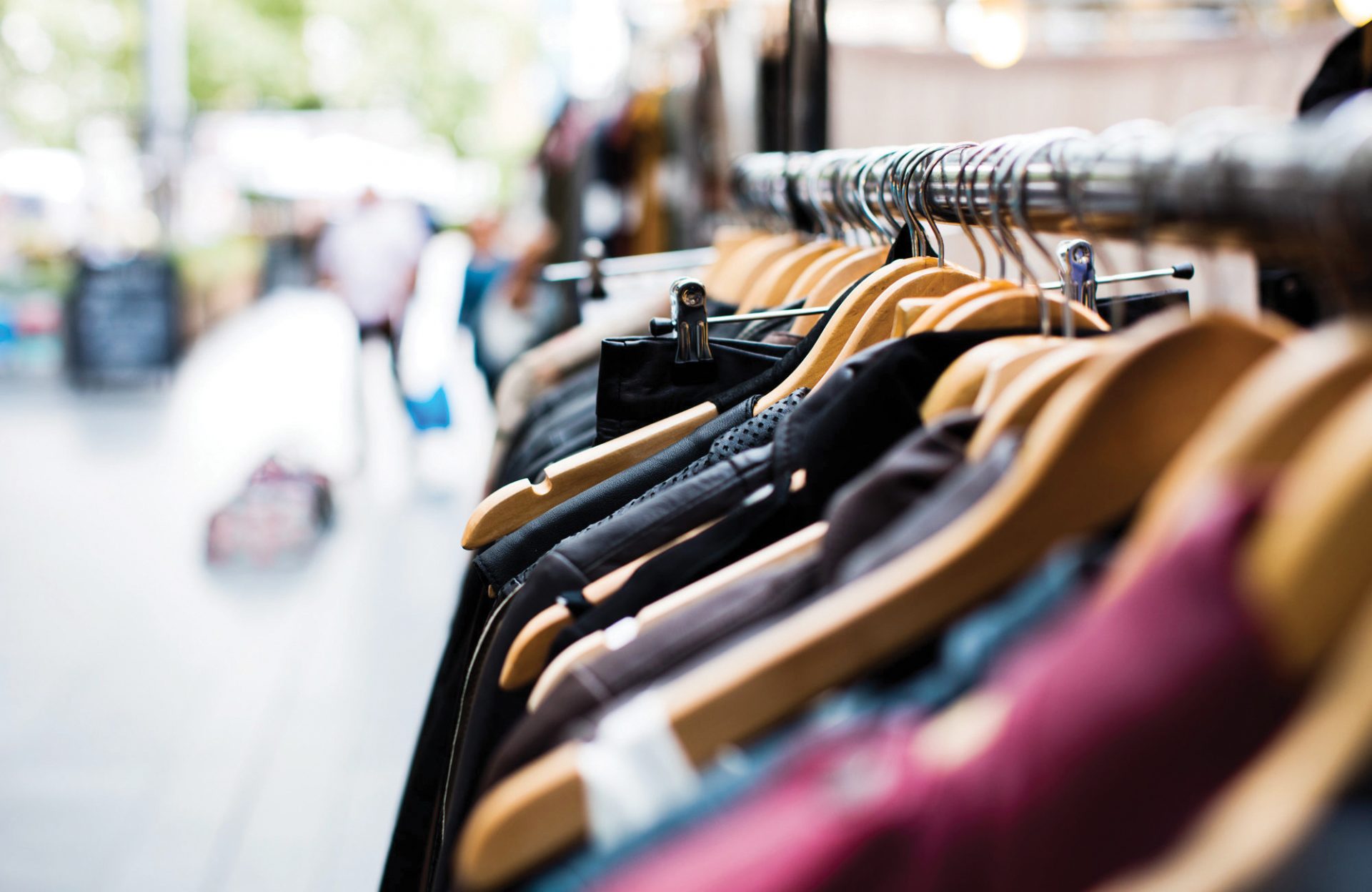 The global online clothing rental market size is expected to reach USD 2.09 billion by 2025 and is anticipated to register a CAGR of 9.4% during the forecasted period.  According to a new report by Grand View Research, Inc. Changing fashion trends and rising penetration of internet are among the key factors driving the growth. A staggering 235 items of unwanted clothing were forecasted to be dumped in UK landfill in 2017, while the average American is estimated to bin 81lb (37kg) of used clothing annually. Overconsumption and the inevitable disposal of unwanted clothing has become a worrying global problem – and in many cases, this clothing is unnecessarily thrown away. Instead, it could be repaired or recycled.

The trend of not using the same clothes for a long time and creating unique personal style or fashion statement are among the prominent factors driving the growth. Women segment leads the market and is expected to expand at a CAGR of more than 9.8% over the forecast period. Apart from women, the kids segment is also anticipated to witness significant growth in the upcoming years.

Based on end-user, the women’s segment is expected to gain maximum share in terms of value. Women are relatively more fashion conscious and are quick decision-makers, because of which they are likely to rent clothes online more often than men.

The men’s segment is expected to expand at a CAGR of 10.57% during the 2018-2023 period. It accounted for a market share of nearly 46% in 2018. Also, men find it time-consuming to plan their attire in advance, as in the case of subscription-based facilities

A staggering 100 billion items of clothing are being produced annually, and 50% of fast fashion pieces are disposed of within a year. In fact, recent figures show that one rubbish truck of textiles is thrown away every second globally.

The possible value of the clothing rental market in the UK is predicted to be £923m and the model is already well-established for certain items, such as dinner jackets and wedding suits for men. Despite this, there are currently just a handful of fashion companies that have adopted a leasing model.

The possible value of the clothing rental market in the UK is predicted to be £923m and the model is already well-established for certain items, such as dinner jackets and wedding suits for men. Despite this, there are currently just a handful of fashion companies that have adopted a leasing model.

At Mud Jeans, for example, consumers can lease a pair of organic jeans, and after a year can keep, swap or return them. Girls Meets Dress, meanwhile, was founded in the UK in 2009, under the ethos that in a sharing economy ownership will become obsolete.

In the US, Rent the Runway has become a significant player in the fashion industry. These companies are built on change, but undoubtedly they face the challenges of the traditional sales-driven fashion system, along with consumer hesitation. The US has led the way in fashion rental with market leader Rent the Runway, operating since 2009. It offers users unlimited rentals for a regular monthly subscription of $159 (£127).

Based on product type, the parties and wedding wear segment had the highest market share (over 40%) in 2018, owing to aggressive marketing through blogs and social media. It is followed by the other apparel rental segment with a market share of 36% in 2018. The growth can be attributed to the popularity of subscription packages offered by companies which encourage people to rent casual clothes online.

North America is the leading market for the industry and accounts for nearly 40% of the market share. Europe is the second largest market for online clothing rental. Europe is known for its fashion trends, hence, young consumers prefer renting instead of buying impacting the overall growth.

Asia Pacific is found to be the fastest growing region due to developing nations such as India and China which accounts for more than 34% of the global population. The increasing awareness about the service, and internet penetration are among the prominent factors for the growth of the industry in the region.

The primary driver of the global online clothing rental market is the increase in ease of use of online retail. Moreover, rapid advancement observed in internet penetration, growing popularity of online shopping portals over the last decade as boost the market. The advancement in mobile internet technology has further driven the demand for online rental by making the process even more convenient.

Not only can renting clothes be a more environmentally friendly alternative to buying into fast-moving fashion trends, but consumers can also save space in their homes. Fashion rentals can fulfill temporary fashion, such as clothing for women during pregnancy, while some fashion rental companies are tapping into demand for more niche and everyday fashion products such as street wear.

Evidence suggests people are already shopping less frequently. The percentage of those buying clothes every two to three months declined between 2017 and 2018, while there was a marked increase in those shopping just once a year. Importantly, there has been a consistent fall in the percentage of shoppers indulging their habit once a month or more.

Consumers are beginning to wake up to the effect that cheap, throwaway fashion is having. A damning parliamentary committee report recently outlined the contribution of the fashion industry to climate change. The findings were stark: the textile industry creates 1.2bn tonnes of CO2 a year, and is responsible for the consumption of vast quantities of water, while 35% of the microplastics in the ocean come from the synthetic fibres in abandoned clothing.

While more people are aware of the damage fast-moving, disposable fashion is doing to the planet, social media is encouraging consumption of clothing among some users. One in six young people say they do not feel able to wear an outfit again once it has appeared on social media, a study by charity the Hubbub Foundation found. Almost half of young women polled said they felt the need to wear a different look every time they went out.

The increase in fashion rental should drive the production of clothes that are more durable, which is good in terms of sustainability.

The real strength of it will become evident when the big, everyday brands start to trial it. Plus, one has to balance the potential mass scale of rental with sustainable ways to get clothes to people. Online deliveries already have a big environmental impact.

H&M recently announced that it would include a limited rental service featuring its premium-priced collection made from recycled fibres in a revamped central Stockholm store. The services cater to a growing number of people like Batitto who want to purchase just a few items and rent the rest. Fees roughly range from $50 to $160 per month to rent several items, with an option to buy at a discount. While most services are online, some stores are creating space for people to drop off, browse or collect clothing available for lease.

Jeans maker Levi Strauss & Co, which operates under a revenue-sharing model with Rent the Runway, has increased offerings on the platform from 12 items when it launched in November to 29 currently, including skinny jeans and embroidered denim jackets.

Competitor Rent the Runway has expanded its physical drop-off network over the past year with 25 points for customers to return garments in its own stores plus some WeWork locations and Nordstrom stores in the Los Angeles area.

A staggering 100 billion items of clothing are being produced annually, and 50% of fast fashion pieces are disposed of within a year.

However, the new methods of renting come with many risks. It costs a lot to ship items back and forth, and it remains to be seen if rental clothes will cannibalise retail sales over the longer term. The risk is rental services could take spend away from traditional sales in a sector where changing shopping habits and falling prices have nearly halved the percentage spend on apparel by the average U.S. consumer over the past 30 years.

In addition, physical stores are struggling with online competition from players like Amazon. Year-to-date announced store closures have already exceeded the total recorded for 2018.

Many rental platforms buy clothing wholesale from brands, and many are introducing revenue-sharing models whereby platforms allow brands to upload items for lease and then take care of cleaning and delivery in return for a share in the revenue.