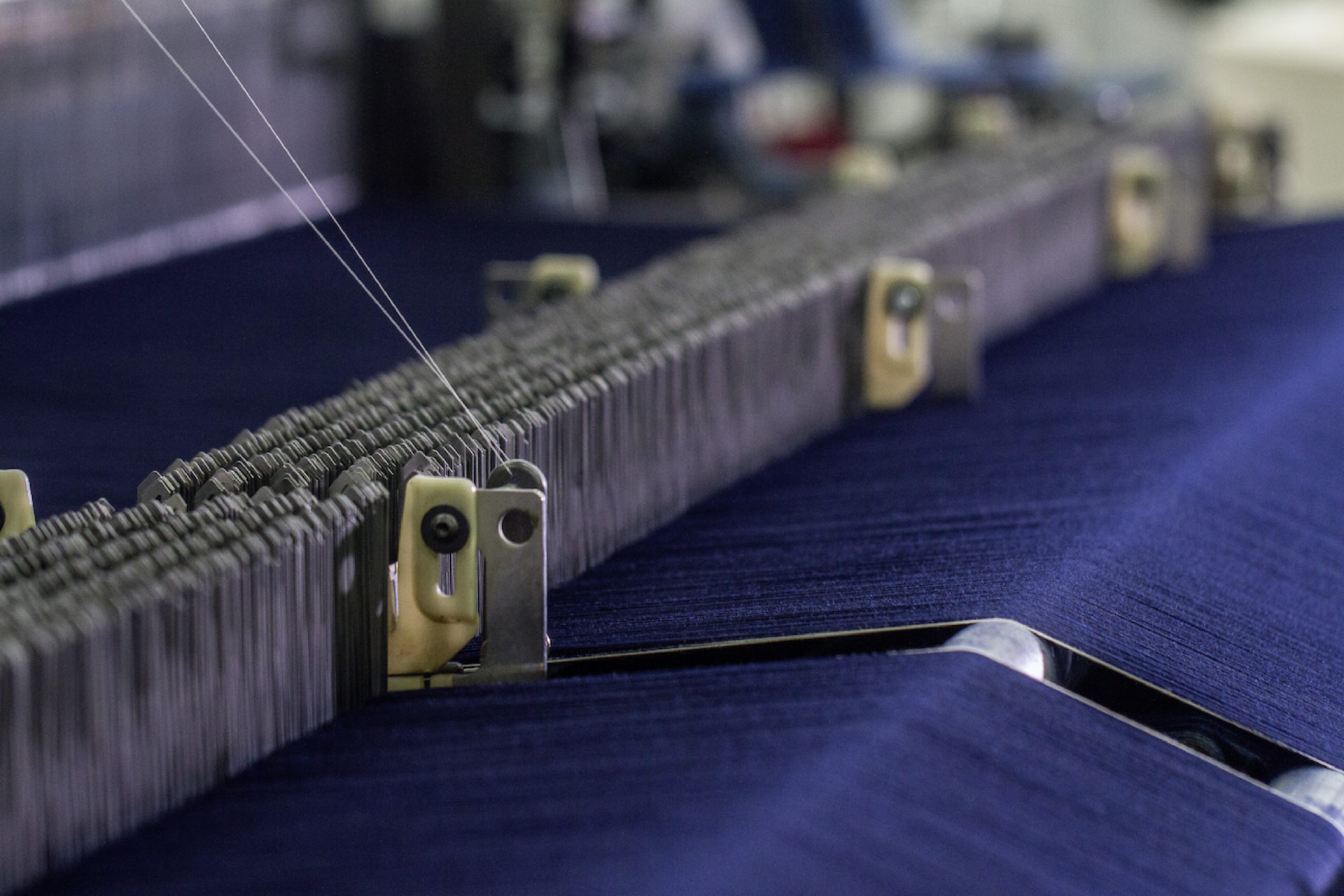 Being through generations in the market Denims have gone through some massive innovations. Some of the earliest denim innovations were the flying shuttle and the sewing machine. And more recent technologies such as laser, ozone and fiber developments have been revolutionary.
• In the past couple of decades, new fibre blends are some of the most influential denim innovations we’ve seen. Arguably the use of stretch fibres has changed the denim industry. After solving the issue of denims becoming saggy in few wears with having 64% compared to 59% stretchability, mills have also been experimenting with bi-stretch denim, meaning denim with an elastomer spun into both the weft and the warp.
• Fibres such as Cordura, Kevlar and Dyneema have been invented to rescue of crotch blowouts. When spun with cotton, you can get a fabric that looks and feels like denim but with a lot of added strength.
• In the fibre stage of making denim, recent technologies that help mills create more sustainable denim include biodegradable synthetics and bio elastomers.
• For sustainability there is also alternatives to the thirsty cotton crop; both natural ones, such as hemp and linen, and man-made alternatives in the form of lyocells like Lenzing’s Tencel and Micromodal.
• A recycled fibre such as the new Refibra, a type of Tencel that’s made out of waste material from the manufacturing processes is used to avoid consuming new resources. Recycled fibres can be made from either ‘pre-consumer’ waste (leftovers in fabric production) or ‘post-consumer’ waste (discarded garments), which is shredding, turned into new fibres and then (usually) blended with other fibres.
• In place of fresh cotton, the sustainable alternatives like organic or BCI cotton are used.
• In the spinning department, the invention of open-end spinning, core spinning with different components has been the key in the development of stretch denim with natural fading capabilities. Denim makers are also putting effort into designing and controlling the slubbiness of the yarn in both ring and open-end spinning.

• Indigo dyeing remains the most water and chemical intensive process of denim manufacturing and makers are focusing on technologies that lower water consumption and create recyclable discharge. Some of the most important recent innovations to do this include, Using pre-reduced indigo dyeing instead of powder indigo as such the recently released Crystal Clear dyeing technique which saves significant amounts of water, uses 70% less chemicals, and it’s salt-free. Nitrogen dyeing, which slows down oxidation and accelerates the dyestuff’s penetration into yarns. Innovations like foaming and spray dyeing also save considerable amounts of water.
• While it’s still quite experimental, the integration of conductors and other materials into denim—such as the denim Arvind made for the Levi’s Commuter x Google Jacquard project—can prove revolutionary.
• The fabric finishing is quite heavy on resource consumption and there Smart finishes and smart chemicals are now used throughout these processes like foam coating, ozone finishing, ammonia finishing. Bonding and tinting are used to combine different substrates or to add new aesthetics or functionality to fabrics.
• The industry is already using algorithms and data to figure out what consumers want and the future is AI where based on body scans from studies of consumers’ measurements, the software creates super accurate patterns, resulting in better fits. The ‘bespoke’ denim and made-to-measure, aided by AI design software, will likely become more accessible.
• In the stitching department, automatic machines, robots and AI are slowly edging their way in. Sewing pockets have already been automated.

• The innovative milestones in the denim and jeans industry have undoubtedly been the laundry processes with the laser technology. Pre-washing with laser from companies like Jeanología and Tonello has been revolutionising what’s possible in the laundries.
• Another technology that’s permanently changed the industry is the use of ozone in laundry machines that dissolve ozone in water in the laundry machine and removes the indigo during the wash cycle. It’s an eco-friendly way of bleaching that minimises health risks for the operators. The latest iteration of the machinery, like Tonello’s ECOfree 2, allows the ozone to function in both water and air.

TUKATECH To Talk On Time & Money-Saving Technology At ATSM 2019