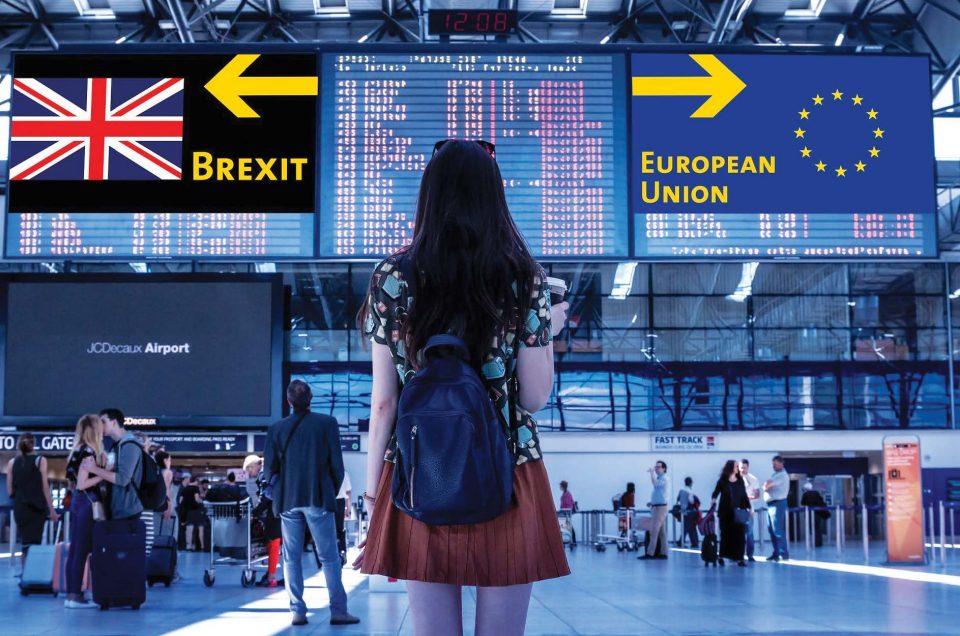 The world is changing faster than ever before. With billions of people getting connected to each other in an unprecedented global network, it allows for an almost instantaneous and frictionless spread of new ideas and innovations.

Combine this connectedness with rapidly changing demographics, shifting values and attitudes, growing political uncertainty, and exponential advances in technology, it’s clear that the next decade is setting up to be one of historic transformations. Along with this technology, fast network, artificial intelligence and unprecedented scales have been created across global platforms and has already taken over retail and advertising.

For fashion players,  2019/20 will be a year of awakening. The ones who will succeed will have to come to terms with the fact that in the new paradigm that is taking shape around them, some of the old rules simply don’t work. Regardless of size and segment, players now need to be nimble, think digital-first and achieve ever-faster speed  to market.

They need to take an active stance on social issues, satisfy consumer demands for ultra-transparency and sustainability, and, most importantly, have the courage to “self-disrupt” their own identity and the sources of their old success in order to realise these changes and win new generations of customers. They also need to invest in enhancing their productivity and resilience, as the outlook is increasingly uncertain.

As public debt remains high across the world, it is evident that the external shocks to the system continue to lurk around the corner. The world has now amassed $247 trillion in debt, including $63 trillion borrowed by central governments. Demographic changes and technological advances are reshaping the global economy and growth cannot be taken for granted. The McKinsey Global Fashion Index (MGFI) forecasts growth of 3.5 to 4.5 percent for 2019, slightly below 2018 growth, predicted at 4 to 5%.

Dealing with volatility, uncertainty and shifts in the global economy are seen as the top challenges for the third straight year. This pessimism could be driven by fears of an accelerating trade war as China and the US react to each other’s tariffs, uncertainty over how Brexit will play out or just a feeling that a 10-year boom is now overdue to tip into recession.

Over the past year, the global fashion industry has reached new heights. Brands see growth of 4 to 5 percent in 2018, slightly ahead of projections for 2018, and a considerable uplift on the 2.5 to 3.5 percent seen in 2017. Better performance has been driven by strong demand for luxury and value brands, sales growth in the US amid tax cuts and growth in emerging markets.

However, as described in the McKinsey Global Fashion Index, this recovery has been polarised. Most of the economic gains have accrued to the top 20 “winners,” most notably in the luxury segment, while a growing number of players are struggling to create economic value.

According to McKinsey Fashion Scope, Greater China is expected to overtake the US as the largest fashion market in the world in 2019. Mid-market companies and mature economies continue to lag, with the exception of North America, which saw higher than expected growth supported by an expansive fiscal policy.

Excluding respondents from North America and the luxury segment, which are the main pockets of optimism, the majority of executives are even more pessimistic about the year ahead. Although optimism can be found only in pockets, notably in North America and in the premium and luxury segments, aided by their strong performance in 2018, recovery continues to be unequal, with most of the growth coming from luxury and emerging markets in Asia.

US Optimistic, but Risk Unstable

The U.S. economic outlook is healthy according to the key economic indicators. The most critical indicator is the gross domestic product, which measures the nation’s production output. The GDP growth rate is expected to remain between the 2% to 3% ideal range. Unemployment is forecasted to continue at the natural rate. There isn’t too much inflation or deflation.

President Trump promised to increase economic growth to 4%.  Growth at that pace leads to overconfident irrational exuberance. That creates a boom that leads to a damaging bust. The factors that cause these changes in the business cycle are supply, demand, capital availability, and the market’s perception of the economic future.

Economists agree that the ideal GDP growth rate is between 2% and 3%. Growth needs to be at 3% to maintain a natural rate of unemployment leading to a recession when it bursts.

Forecasts from the World Bank, International Monetary Fund (IMF) and Organisation for Economic Co-operation and Development (OECD) predict slower growth in developed markets through 2020, and a flattening of the growth curve in developing markets.

Looking ahead to 2019, there are signs that Europe, Latin America and the Middle East could be most vulnerable to a deceleration. The US and China could also face a slowdown, with fears of a potential bubble in the former, and trade dynamics could impact consumer spending and fashion sector growth in both.

In the US, the fashion industry accounts for 6% of imports but pays 51% of tariff receipts, so the tariffs issue is critically important. In addition, with new tariffs coming into force on goods from China (including leather clothing, woven fabrics and wool yarn), there is a direct feed-through to the consumer.

Companies such as Samsonite and Gap, which have large manufacturing operations in China, have said they plan to raise their consumer prices. By geography, the most optimistic about the coming year are executives in North America. By segment, the most positive are executives from luxury brands, reflecting their strong growth trajectory in 2018.

According to experts, Latin America, Middle East, Africa and Russia are experiencing more economic and political challenges, which will likely dampen consumer spending. Europe is facing a slowdown and in the US growth may have peaked in 2018.

A report by the UK Trade Policy Observatory suggests that,  due to its high level of exports, reliance on international talent and dependence of raw materials from abroad, the UK textiles, apparel and footwear industry will be one of the hardest hit in terms of the impact of the UK leaving the European Union in March 2019. Some 63 percent of clothing designers and 55 percent of UK-based luxury goods makers are involved in exports and around 10,000 EU citizens are employed in the UK fashion industry.

The EU has recently entered into new agreements including clothing and apparel with Canada, Mexico, Japan, Singapore, Vietnam and several countries from Eastern Europe.  In September 2018, Canada agreed to join the United States and Mexico in a trade deal that will replace the North American Free Trade Agreement.

In addition, South-South trade is on the rise, amid expectations it will increase from around 25% of global trade at present to around 30% in 2030. Already, significant new relationships are emerging. China’s expansive ‘One Belt, One Road’ initiative, which involves large investments in the development of trade routes in the region, has the potential to play a large role in this development.

Finally, the Comprehensive and Progressive Agreement for Trans-Pacific Partnership (CPTPP) and Regional Comprehensive Economic Partnership (RCEP) will enable more free trade between Asia and South America and within Asia. RCEP members exports around $405 billion of textiles a year (more than half of the global total) and import around $115 billion, so the agreements will have a significant economic impact.

Even though Economic expansion is happening across Asia, experts expect that 2019/20 will be the year in which India will take centre stage. The country is being propelled by strong macroeconomic tailwinds and is predicted to grow 8% a year between 2018 and 2022. The Indian middle class is forecasted to expand at 19.4% a year over the same period, outpacing China, Mexico and Brazil.

As a result, India is set to move from being an increasingly important sourcing hub to being one of the most attractive consumer markets outside the Western world. India’s apparel market will be worth $59.3 billion in 2022, making it the sixth-largest in the world, and comparable to the UK ($65 billion) and Germany ($63.1 billion), according to data from McKinsey’s FashionScope.

Given these dynamics, it is little to surprise that more than 300 international fashion brands are expected to open stores in India in the next two years. But India remains a complex market, which presents challenges as well as percent of sales. In short, despite structural challenges that include inequality, infrastructure and market fragmentation, the Indian market offers great promise.

CONSUMER PATTERN CHANGING ALL ACROSS

Consumer shifts enabled by technology were particularly salient, with “mobile obsessed” cited as the most important of the trends. The second- and third-most important are “platforms first” and “start-up thinking,” Footfall in the physical environment continues to decline, which is driving the need for brands and retailers to develop their omnichannel strategies.

Social media has an increasingly important voice in dictating consumer demand, and it is helping small brands grow explosively. Across the industry, speed-to-market and responsiveness to consumer needs are becoming critical success factors.

“The lifespan of the fashion product is becoming more elastic as pre-owned, refurbished, repair and rental business models continue to evolve. Fashion players will increasingly tap into this market to gain access to new consumers seeking both affordability and a move away from the permanent ownership of clothing.

Research shows that  the average person today buys 60 percent more items of clothing than they did 15 years ago. But consumers keep that clothing for only half as long as they used to.

For example, “a survey done in Britain found one in three young women consider clothes “old” after wearing them once or twice. One in seven consider it a fashion faux-pas to be photographed in an outfit twice. “Simply put, young people today crave newness, and these cohorts are much more likely to embrace churn in their wardrobes.

At the same time younger generations are more interested in sustainable clothing than older consumers. Rental, resale and refurbishment models lengthen the product lifecycle while offering the newness consumers desire

After years of having personal data owned and handled by businesses, a more distrusting consumer now expects companies to reciprocate with radical transparency and sharing of information. For companies to meet a new bar for consumer trust, they will need to offer a heightened level of transparency along dimensions such as value for money, creative integrity and data protection.

As hundreds of millions of people have joined the middle class in the developing world, particularly in China, they are flexing their newfound spending power by expressing their own tastes through fashion.

FTA WITH UK ON CONCLUSION STAGE