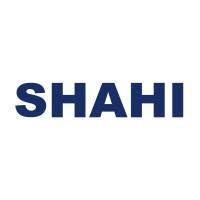 Shahi Exports, India’s largest garment manufacturer, announced that it will begin paying its 80,000 workers in Karnataka immediately the correct minimum wage and will provide them with full back pay for the prior underpayment.

The efforts of the Garment and Textile Workers’ Union in Karnataka, India, the Worker Rights Consortium, and a growing list of labour rights advocates addressed the refusal of suppliers in Karnataka to pay the legal minimum wage—a violation that has affected 400,000 workers, who are collectively owed nearly $60 million—Shahi Exports,

In the case of Shahi’s workers alone, to total $10 million since a minimum wage increase went into effect in April 2020.

Shahi has committed that roughly half this back pay will be paid to workers in the next 10 days; however, workers will still need to wait until May 10 to receive the remainder with their April wages.

It will benefit workers who produce apparel for many major brands, including H&M, Abercrombie & Fitch, and Nike.