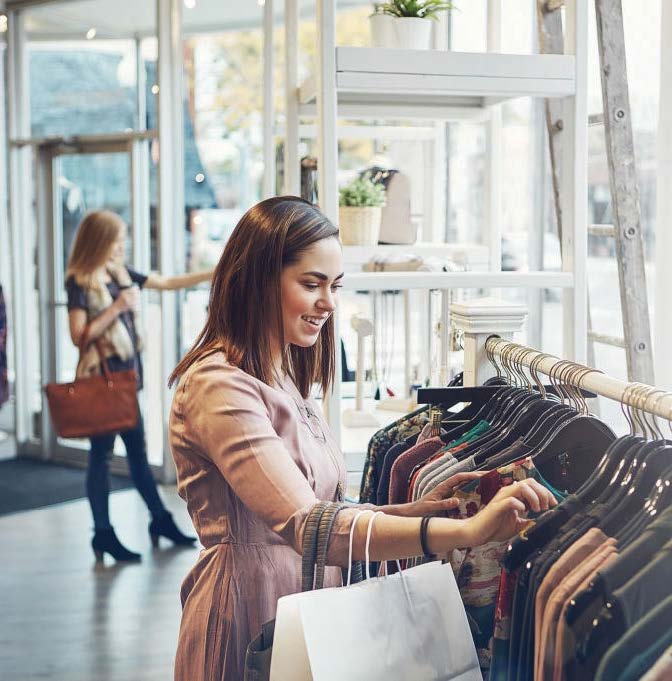 NRF (NATIONAL RETAIL FEDERATION) SAID that people spent an average of just under $312 on holiday related purchases from Thanksgiving to Cyber Monday, down 14% from 2019 though on par with 2018, according to a survey by the National Retail Federation and Prosper Insights & Analytics.

The group however, forecasted that holiday sales will increase at least 3.6% to about $755 billion, including at least 20% growth from online shopping to about $202 billion.

“As expected, consumers have embraced an earlier start to the holiday shopping season, but many were also prepared to embrace a long-standing tradition of turning out online and in stores over Thanksgiving weekend to make gift purchases for family and friends,” said NRF President and CEO Matthew Shay.

“Retailers have been planning for the season by ensuring that their stores are safe, their associates are trained, the inventory is stocked and the online experience is seamless. Many things
have changed since the onset of the pandemic, but the commitment by retailers to meet the consumer where, when and how they shop at the prices they want to pay never changes.” The number of in-store shoppers was down 37% from a year earlier on Black Friday, while online shoppers on that day rose 8% and topped 100 million, the survey said.

On Thanksgiving Day itself, in-store shoppers declined 55%. Many stores were closed on NRF defines the holiday season as November 1 through December 31 and has forecast that sales will increase between 3.6 percent and 5.2 percent over 2019 to a total between $755.3 billion and $766.7 billion.

Over the 2020 holiday season, NRF expects that online and other non-store sales, which are included in the total, will increase between 20 percent and 30 percent.

In total consumers plan to spend $997.79 on gifts, holiday items and additional “non-gift” purchases for themselves and their families this year, according to NRF’s annual survey released in October.

The National Retail Federation, the world’s largest retail trade association, passionately advocates for the people, brands, policies and ideas that help retail thrive. From its headquarters in Washington, D.C., NRF empowers the industry that powers the economy.

The survey of 6,615 adult consumers was conducted November 25-30 and has a margin of error of plus or minus 1.2 percentage points. Ecommerce giants (over $1B in yearly revenue) and smaller retailers both saw gains on Thanksgiving Day and Black Friday: Large retailers saw a 403% increase in sales the past two days over the October daily average, compared to 349% for smaller retailers.

While larger retailers have always performed better during Cyber week than smaller brands, consumers seem motivated to spend more with small retailers in 2020 as the gap shrunk by over 200%.

Last year, large retailers saw a 380% increase in sales on Black Friday, and smaller retailers benefited from a 173% increase.

How has pandemic changed shopping trends?

Consumer habits are changing dramatically during the pandemic, and many industry observers say that shifts towards e-commerce and socially distanced shopping methods could be permanent.

So if shoppers don’t have a good experience, retailers risk losing them for good. Department stores in particular want to keep shoppers happy. It’s been one of the worst performing areas in retail, and Macy’s Inc. Shares of Amazon.com Inc. and essential retailers like Target Corp. and Walmart Inc. have gained this year, while department stores and many apparel chains have slumped amid declining sales. Department stores in particular want to keep shoppers happy.

It’s been one of the worst performing areas in retail, and Macy’s Inc. and Kohl’s — both of which report earnings this week — have shed more than $7 billion in market value this year. The mandatory lockdowns erased millions in sales earlier this year.

Many of these non-essential retailers closed down during the lockdown earlier in 2020 and used that time to refinetheir e-commerce operations with an eye on the holiday season.

ARE YOU READY FOR OPPORTUNITIES IN THE POST COVID ERA?