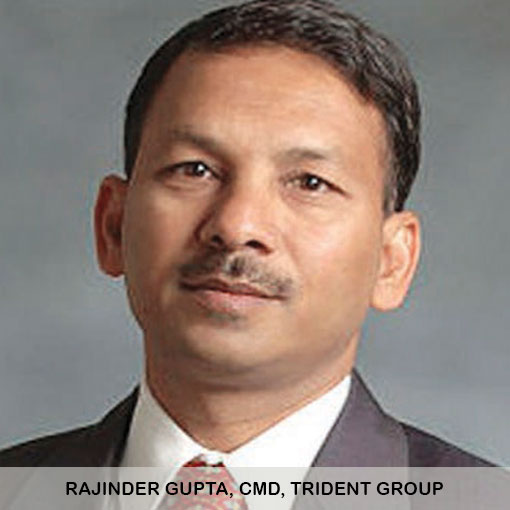 Trident Group Chairman Rajinder Gupta declared in a statement that his group has vowed to invest 1000 crores in the Jammu and Kashmir for the development of the region. Gupta sounded ambitious when he said that he has already charted out a blueprint as well as identified sectors and small scale industries that he would invest in.

The move is in keeping in line with Union Home Minister Amit Shah’s statement in the Parliament that one of the major reasons to scrap the Article 370 was to invite foreign investment and promoting tourism in the state.

On the question of what prompted him to plan such a big investment, he said: “Women empowerment was the priority with this initiative, and that 10,000 families are expected to benefit from the investment.”  Article 370 of the Constitution, which granted special status to Jammu and Kashmir, was scrapped on August 5 after the state’s Reorganization Bill was passed from both Houses of the Parliament.

That Article has been a major deterrent in the way of outsiders making any investment in the erstwhile state as  Parliament needed the state government’s concurrence for applying all laws except those related to defence, foreign affairs and communications.

TIME MANAGEMENT: The most crucial aspect in any Segment