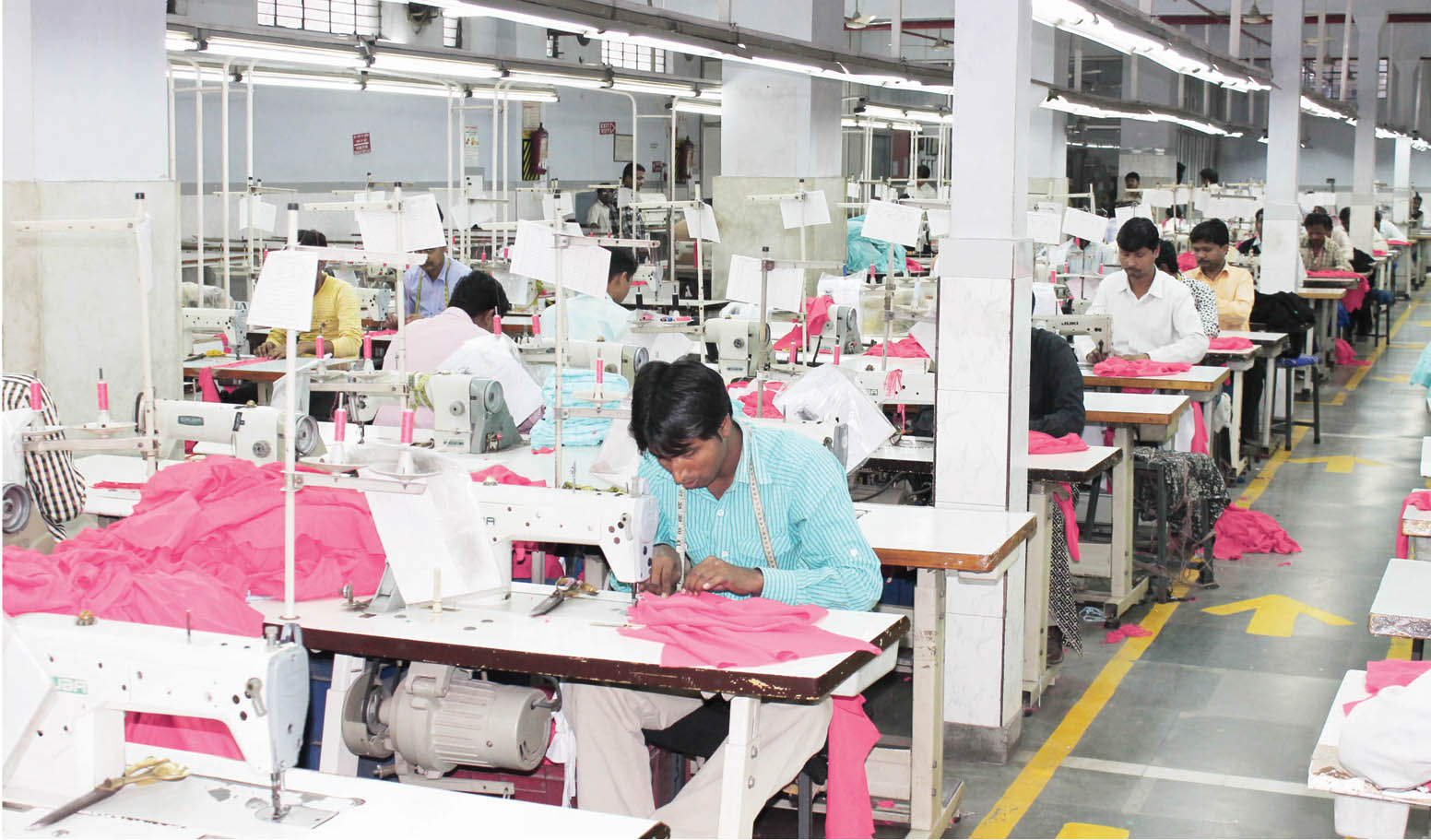 Last few months have been catastrophic for apparel exports industry of India. One after the other the industry was struggling with one or the other challenge. While global competition is one aspect the challenges within the country at the moment is being regarded as the biggest deterrent to the slow situation of the industry.

Burdened with higher tariffs than their competitors, the exporters need more incentives and protection to stay afloat. India’s foreign trade policy pundits need to renegotiate tariffs on apparel exports with the EU and the US to tackle the emergent economic slowdown in the country. The apparel industry is the country’s largest low technology employer after agriculture, with 45 million workers, contributing two per cent of GDP and 15 per cent of export earnings.

Today, Indian apparel exports are burdened with 9-32 per cent duty in the EU and US markets which blunts its competitive edge. Now that Vietnam has signed a Free Trade Agreement with the EU, which enables apparel exports at zero duty, Indian exports to these markets will be impacted adversely.

India’s two major competitors, Vietnam and Bangladesh, export apparels to the tune of $27 billion and $33 billion, respectively. India’s exports are at $17 billion. Vietnam has taken advantage of its bilateral trade agreements, while Bangladesh has benefited from its Least Developed Country status. They have not only tapped opportunities with the declining market share of China, but have also eaten into India’s market share.

Over the years, Indian apparel exports have been in distress and survived largely due to export incentives. While these incentives have proved partially useful, they have not helped Indian apparel manufacturers compete on price with their competitors. To that extent, the flawed foreign trade policy does not augur well for apparel exports.

The situation is further complicated by the flip-flop on incentive schemes. For example, the government decided to introduce the Rebate of Central Taxes and Levies (RoSCTL) in March 2019. While the apparel industry welcomed the announcement, its optimism was dampened with news from North Block that Merchandise Export Incentive Scheme (MEIS) meant to offset infrastructural inefficiencies will be retrospectively withdrawn.

This incentive is calculated as a percentage of export (freight on board) value and given in the form of tradable scrips which can be used as currency to pay Customs duty or sold to other importers.

The reality is that several of these are actually not incentives. The RoSCTL reimburses the sector for the embedded State and Central taxes that cannot be claimed as input tax credits under GST. These should perhaps be called “equalisation schemes”, where the sector is left no better, or worse, than before GST.

Therefore, to introduce an equalisation scheme, and then withdraw the MEIS incentive which was meant to help level the play field with competitors, is retrograde. The rationale of the government is that the MEIS scheme is not WTO compliant.

Garment export sops have reduced tremendously in the past and going by the current policy directions, they stand a further chance of reduction. Simultaneously, the garment imports into the country is increasing at a break-neck speed.

On one hand, exporters will have to compensate internally for reduction in export incentives while on the other hand domestic manufacturers will have to compete with their more efficient counterparts in countries like Bangladesh, Vietnam, etc. The most effective strategy to tackle both the scenarios is to improve the man and machine productivity through the implementation of operational excellence techniques

We need to have a systemic and sustainable improvement in productivity, from a combination of bringing in automation as well as increasing labour-efficiency. The National Skill Development, for instance, needs to focus on these issues, rather than just churning out people with basic skill-sets…we need to have teachers in these Skill Development Centres who are aware of the best practices and global standards!! It should be just like preparing for an Olympics Medal, for each one of the trainee.

“To summarize, given a chance, India can consolidate its position in a handful of categories that have a limited business size. India’s weak presence in broader crosssection of US imports that include man-made fibre base products, outwear, hosiery items and intimate wear, etc. will prevent it to take a larger share of China’s business.“

Some industry experts point out that it is far better for Indian apparel makers to expand or perhaps shift their existing manufacturing to Vietnam and Bangladesh to benefit from tariff arbitrage, labour laws, low wages, conducive business environment and, hence, better return on capital employed.

While China was able to cope with loss of apparel industry jobs, due to its manufacturing prowess in other areas, it is not the same for India.  For instance, the man-machine ratio in apparels is far better than the farmers to cultivable land ratio, which has fallen significantly over the years. In the automobile sector too, for every crore revenue earned; Maruti Suzuki generates 0.45 jobs, while for an apparel manufacturer like Orient Craft, a crore earned in revenue creates 18.5 jobs. This stark comparison sums up the employment generation capability of the sector.

Clearly, the policy environment for the apparel industry is not conducive in a competitive international political economy. The government, therefore, not only needs to protect but also provide the necessary support to the apparel sector which would positively impact the economy.

There is no better stimulus package than regular monthly wages in the hands of the poor.

A lot has been discussed lately about the possibility of garment exporting nations like Bangladesh, Vietnam, Indonesia and India to increase their share in US imports in view of Mr. Trump’s keenness to levy higher import duty on garments made in China. The idea stems from the fact that since 2010, share of US garment imports from China has reduced gradually while that from Vietnam, Bangladesh, Indonesia and India has increased.

To summarize, given a chance, India can consolidate its position in a handful of categories that have a limited business size. India’s weak presence in broader cross-section of US imports that include man-made fibre base products, outwear, hosiery items and intimate wear, etc. will prevent it to take a larger share of China’s business. To make the most of emerging opportunity, Indian garment exporters will have to emulate their Chinese counterparts not only in terms of scale, efficiency and cost but also diversify their product basket to present themselves as a credible replacement to China.

“Over next two years, Indian garment exporters are going to have a window of opportunity in form of China’s business relocation. The industry is definitely in tough times but this opportunity is knocking door. However, it will be important for Indian exporters to focus on 3 things to tap it – Scale, productivity and compliance.  We know that export incentives are not what they used to be few years back. To survive this phase, internal competitiveness will be the key. Another important point which will be vital for Indian garment exporters will be look for product diversification,” averred Varun Vaid, Associate Director, Wazir Advisors.

Smart Factories, an output of Industry 4.0, are able to take faster and better decisions thanks to concepts of big data, advanced robotics, artificial intelligence and industrial connectivity. The pace of advancement in this arena is expected to hasten with leading machinery suppliers investing significant resources to develop such solutions for garment industry. These concepts have the potential to significantly optimize manpower involvement and even cause business re-shoring within next few years. Within next decade or so, the traditional systems will become obsolete and factories deploying them will be rendered uncompetitive.

“Some industry experts point out that it is far better for Indian apparel makers to expand or perhaps shift their existing manufacturing to Vietnam and Bangladesh to benefit from tariff arbitrage, labour laws, low wages,conducive business environment and, hence, better return oncapital employed.“

To compete with smart factories that will crop-up in the US, Europe and Japan followed by those in China, Turkey, Bangladesh and Sri Lanka, Indian factories will have to become smart as well. Also, in the current scenario of rising wages and workmen shortage, being Smart will be the smart move.

But to start going down that path the requirement is to first set the house in order by optimizing what is already available. Age old monitoring, production and management systems need to give way to modern, scientific ones which can be the foundation for smart factories eventually.

Gone are the days when exporters could make up big bucks with small efforts. Today exports are tougher and needs assessment and calculations at every step.

In today’s context, automation is the need of the hour. This can even be a low cost automation solution customized to meet manufacturer’s specific needs. However, just investing on automation would not help it is essential to have right technology as per your product mix. “Many a times even if the company has no requirement to have fully automatic operations as per their capacity they go on to invest in high tech machines, which ultimately becomes a burden for them and also tarnish their trust in technology providers.

“Clearly, the policy environment forthe apparel industry is not conducive in a competitive international political economy. The government, therefore, not only needs to protect but also provide the necessary support to the apparel sector which would positively impact the economy.“

Finding a niche market and buyers even if it is small is better than waiting for a big buyer and working for them on low margins and less comfort. In the last few years the spending power of many countries has gone a complete makeover and rather than focusing on exiting and over explored markets it is better to create a niche.

One of the most ignored areas in an organization is wastage, while ERP’s and software have added value to existing business by reducing them to an extent it is still a big deterrent to growth. One of the common areas where wastage is maximum is fabric section. Inventories of all type of raw materials should be taken care of and regular inspections within the factory should be carried out to locate any theft or deterioration in quality of stored raw material. Avoid piling of huge stocks as stock only add to losses and can become a big burden.

No doubt calculating cost because of too much fluctuation in Govt. policies and raw material prices is quite a tough task, however, calculating the right cost still prevents big losses in the future. Running a factory is dependent on many cost factors internal and external thus it is important to calculate exact cost of each and every order in the most precise manner to avoid long term losses.