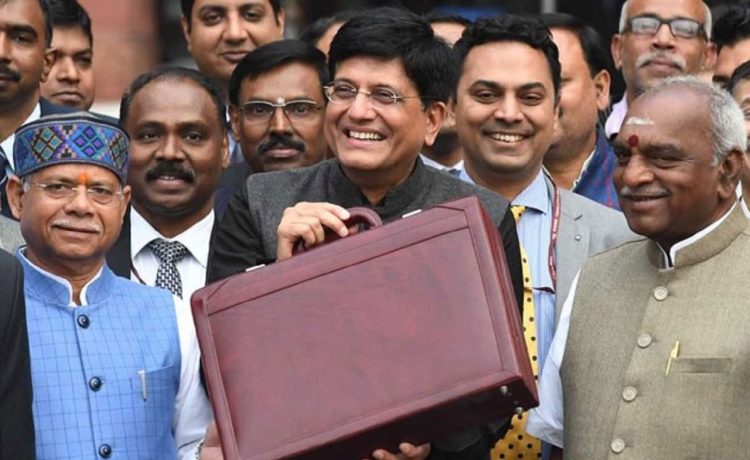 ast Budget of the PM Narendra Modi-led Government before the Lok Sabha (the lower house of India’s bicameral Parliament) Elections has some good news for the textile and apparel industry.

The pension scheme for the workers in the unorganized sector announced in the Interim Budget 2019 would largely benefit the weavers of handlooms and powerlooms. The Pradhan Mantri Shram-Yogi Maandhan would also benefit workers of several small, micro units from other segments of the textile industry.

Markedly, The Pradhan Mantri Shram-Yogi Maandhan Scheme is for the unorganised sector workers with monthly income up to INR 15,000. “This pension yojana shall provide them an assured monthly pension of INR 3,000 from the age of 60 years on a monthly contribution of a small affordable amount during their working age,” Goyal said in his Budget speech.

“The announcement of INR 6,000 per year for the farmers having below two hectares of land under Prathan Mantri Kisan Samman Nidhi programme with effect from December 1, 2018 would benefit millions of cotton farmers,” P Nataraj, Chairman, Southern India Mills’ Association (SIMA) said.

SIMA also hailed the decision of doubling the income tax exemption limit from INR 2.5 lakh per annum to INR 5.00 lakh per annum as the same would benefit several lakh middle class employees of the textile industry.

However, the substantial reduction in the budget allocation for RoSL and Technology Upgradation Fund (A-TUFS) benefits would have serious impact on the textile industry.

The A-TUFS allocation has been reduced to INR 700 crore from the previous year’s budget allocation of INR 2,300 crore.

The Interim Budget also states that businesses with less than Rs. 5 crore annual turnover, will be allowed to returns quarterly returns (all returns to be processed in 24 hours and returns issued simultaneously). 2 percent interest subvention on loan of INR 1 crore for GST registered MSME units will be applicable.

On technology front, a National Programme on Artificial Intelligence has been announced to harness the benefit from new age technologies in identified areas.