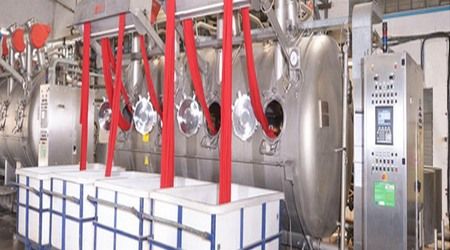 The textile industry in Panipat is facing a dilemma to move out of the cluster after the  recent decision by Air Quality Management Commission to run industry only on Piped Natural Gas (PNG) instead of coal in National Capital Region (NCR).

It was declared industry based on use of coal will not be permitted to function in the area and directed to shift working of their units from use of coal to PNG by September 30, 2022.

Many textile manufacturing units and dyeing house in Panipat have decided to shift their industrial units to adjoining states U.P and Punjab where there are no restrictions over use of coal.

They fear that running industry on PNG will increase the cost of production which will reduce their competitiveness vis a vis other clusters like Gujarat and Punjab.

They expressed that already a fierce price war exists between Gujarat and Ludhiana in export as well as domestic markets compelling them to work on nominal margin.

According to Maneesh Garg of Young Entrepreneurs Society Panipat, it is not possible to shift industry from use of coal to PNG in such a short notice since timely deliveries is a challenge  and exporters have already secured orders from foreign buyers on annual supply basis and they may suffer heavy financial loss as a result of such a short notice, moreover their payments will held up.

The manufacturers accused government for making sudden decisions like ban on use of coal in industry, use of diesel generating sets and declaring lock down all of sudden which harm industry due to non-availability of raw material.

Panipat textile industry suffered severe economic crisis due to non-availability of yarn last year and has failed to fulfill supply commitments in domestic and export orders.

Many entrepreneurs are looking at shifting their units to Kairana and Shamli in Western U.P which are quite near to Panipat from where hundreds of workers are employed at Panipat textile and dyeing industry.

NewLook to open New Store with a Very Unique Concept