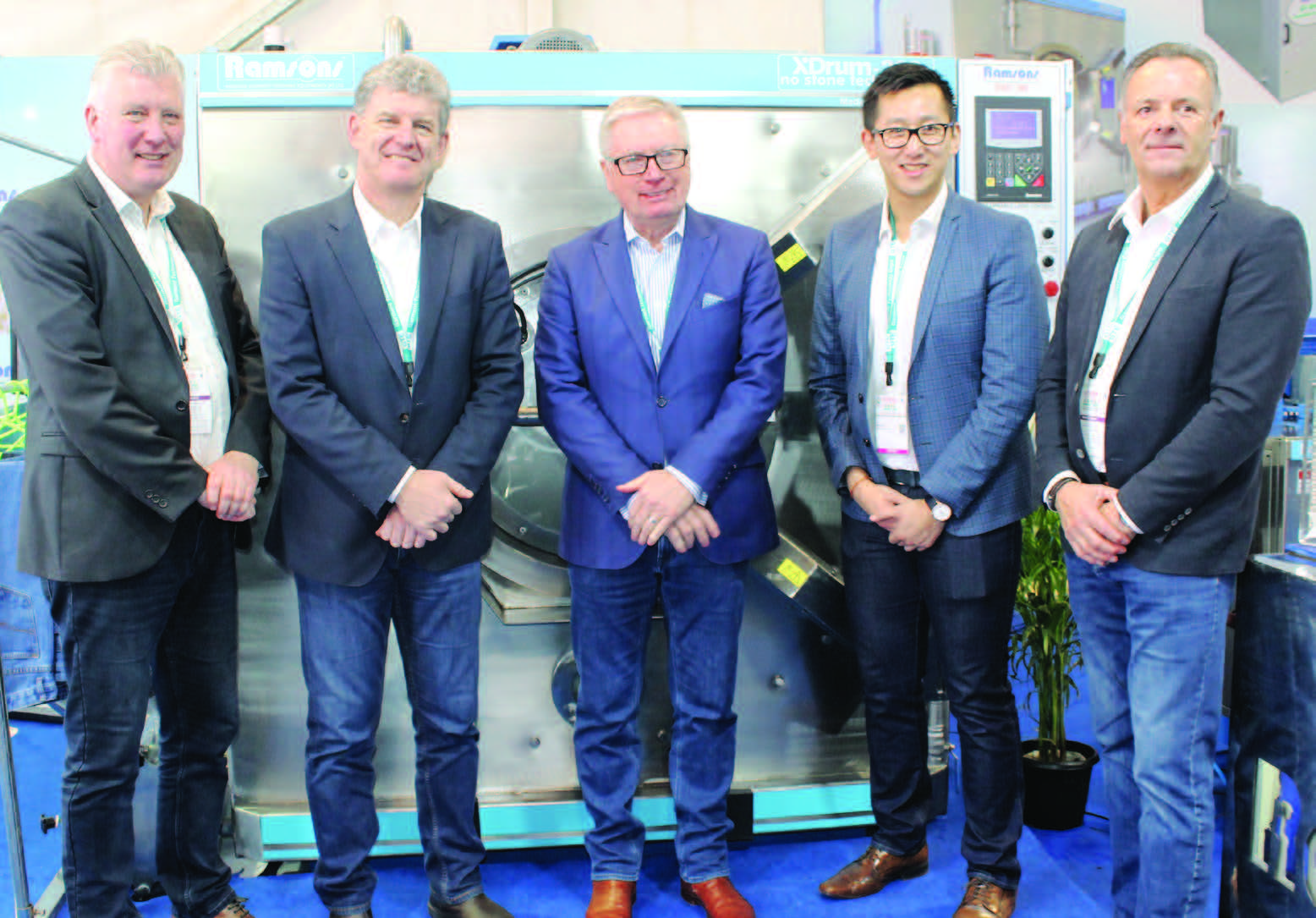 Ties up with Ramsons to Market Products in India

Xeros Technology Group that signed a deal with Ramsons Garment Finishing Equipment Pvt Ltd displayed latest 2000 litre sustainable denim finishing technology at Garment Technology Expo. As per the deal Ramsons will manufacture Xeros’ XOrb and XDrum products across a range of denim processing machines on an exclusive basis across South Asia and Africa.

The clothing industry is the second largest user of water on the planet, with each litre of water consumed also ending up as effluent, often containing unused chemical and particulate matter.  “A single pair of jeans consumes as much as 70 litres of water during finishing and with 1.2 billion pairs produced every year that amounts to more than 80 billion litres of water. “Together with Ramsons, we aim to reduce that significantly: saving billions of litres of water, reducing energy consumption, carbon emissions and the amount of harmful chemicals used and emitted during the processing of denim,” said Mark Nichols, CEO of Xeros Technologies.

Earlier this year, Xeros signed an exclusive deal with the Indian company IFB Industries Ltd to incorporate its water-saving technologies into their commercial and domestic washing machines sold across India and South Asia. “Since announcing agreements with Ramsons and IFB Industries, we have received multiple enquiries from companies and consumers in the region keen to embed our sustainable products in their businesses and homes.” averred Mark. “I am very pleased that by working with eminent companies like Ramsons and IFB, Xeros is playing its own part in that process,” he added.

The new technology improves the economics and environmental performance of denim finishing be it reducing consumption of water, energy, chemistry and replaces pumice stone, shortens cycle times and reduces emissions.

Xeros Technology Group plc (LN: XSG) is a platform technology company that is reinventing water intensive industrial and commercial processes. Xeros’ uses its patented XOrbTM technologies to significantly reduce the amount of water used in a number of major applications with the remaining water becoming far more efficient in either affixing or removing molecules from substrates such as fabrics and garments. The result brings significant improvements in economic, operational and sustainability outcomes.

“Together with Ramsons, we aim to reduce that significantly: saving billions of litres of water, reducing energy consumption, carbon emissions and the amount of harmful chemicals used and emitted during the processing of denim,” said Mark Nichols, CEO of Xeros Technologies.”

Xeros has three divisions working in the garment finishing (Textile Technologies), tanning (Tanning Technologies, branded Qualus) and cleaning/laundry (Cleaning Technologies) markets. In cleaning/laundry, the company has three applications covering domestic laundry, commercial laundry (branded “Hydrofinity”) and the cleaning of high-performance workwear (branded “Marken”).Mark continues “We understand that the industry is highly competitive and consumers are reluctant to pay more for sustainability. We have designed our products with industry leaders to help them achieve their objectives to improve sustainability without compromising on either cost or quality,” he concluded.