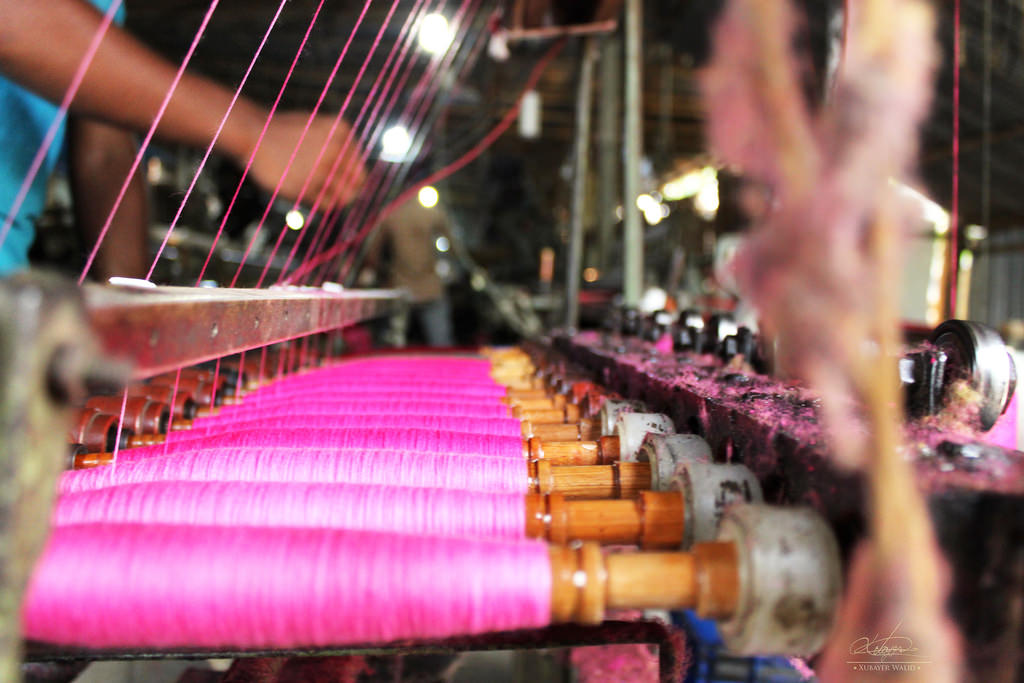 All seemed fined here until a bunch of powerloom weavers (around 10) started chanting against the Minister at the show, to listen to their demands, or as they say, their ‘rights’.

It is being said that the weavers community had requested for a personal interaction session with Irani to put forth their issues pertaining to Input Tax Credit (the tax that a company pays on a procurement and that it can use to lessen its tax liability when it makes a sale). However, they did not receive any response to that and hence, found it to be not worthy of attention.

FOGWA (Federation of Gujarat Weavers’ Association) President, Ashok Jirawala, who too has been detained by the local police, stated that they were demanding for what’s theirs and that the Government owes powerloom weavers Rs. 500 crore.

The powerloom leaders in Surat have also been urging fellow millers not to file GST (Goods and Services Tax) Return until their demands are met, from past many weeks.

Any comment from Irani on the issue is yet to be heard.