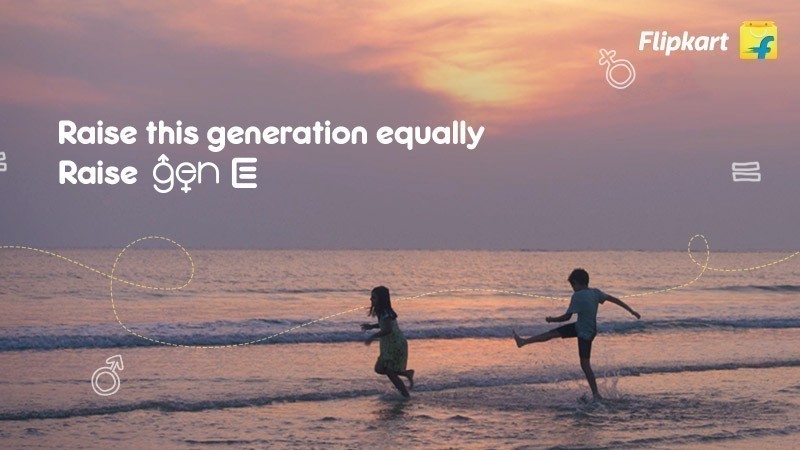 Flipkart, an Indian e-commerce company based in Bengaluru and engaged in fashion, jewellery, apparel, etc, retailing, has released a two-minute long digital film which promotes equal treatment of children today.

The digital campaign is for the concept of raising male and female children without gender stereotypes to cultivate a future without gender biasness.

The campaign calls the new generation of children as ‘GenE’ — Generation Equal.

The e-retailer has even introduced a special ‘GenE’ children’s store on its platform retailing clothing, accessories and toys without gender specifics.

Markedly, the retailer had earlier expressed its interest in taking a more socially responsible role moving forward, and has done so now.

“As parents in 2018, we’d like to be progressive in letting our child choose for themselves in several aspects, so that they get to do what they love,” reportedly averred Apuarv Sethi, Director of Brand Marketing, Flipkart.

Adding: “Let the child experience the hobbies, passions, interests, and personality traits that come naturally to them whether it’s a boy who wants to learn cooking, or a girl passionate about collecting superhero toys.”

The initiative is one-of-its-kind in India and has raked in numerous views on social media as well. Hopefully, it converts to a better perspective.