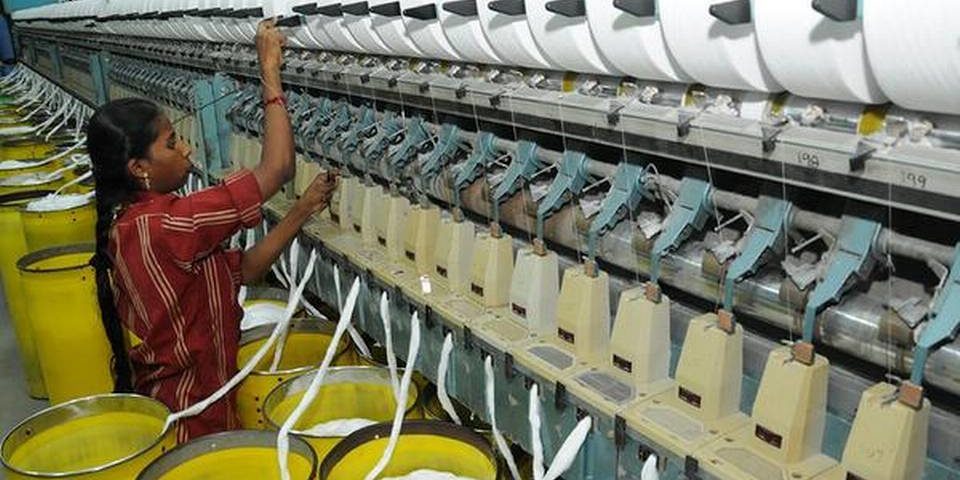 India ranked fifth in the global textile and clothing exports in 2018 though it was in the second position between 2014 and 2017, according to the Confederation of Indian Textile Industry.Meanwhile, textile and clothing imports by India are increasing. Between 2015 and 2019, Indian imports grew 22.8 %. Moreover, the immediate competitors including China, Vietnam, Indonesia, Sri Lanka, and Bangladesh have the 5 % cost advantage over Indian exporters.

Sanjay K. Jain, chairman of the Confederation, has said in a press release that the space vacated by China was largely occupied by the least developed countries, including Vietnam and Bangladesh. India has not been able to tap the opportunities because of its competitive disadvantages and trade barriers in the international markets.

Analysing the export and import data of the textile sector,  Jain pointed out that in July this year, apparel exports grew 7.06 % compared to the same month last year. However, cotton yarn and cotton fabric exports declined 9.98 % and 10.54 %. This is mainly because the Central Government announced in March this year a scheme for Rebate of State and Central Taxes and Levies for the apparel and made-up sector. This helped the garment exporters be competitive in the global market.

“It is pertinent to note that some categories like cotton yarn has seen a year-on-year fall of 35 % in exports,” he said. The Union Government should extend the benefits of the scheme to the yarn and fabric segments and boost the competitiveness of the Indian textile sector, Jain said.

How to Manage Execution of Big Orders and Avoid Losses