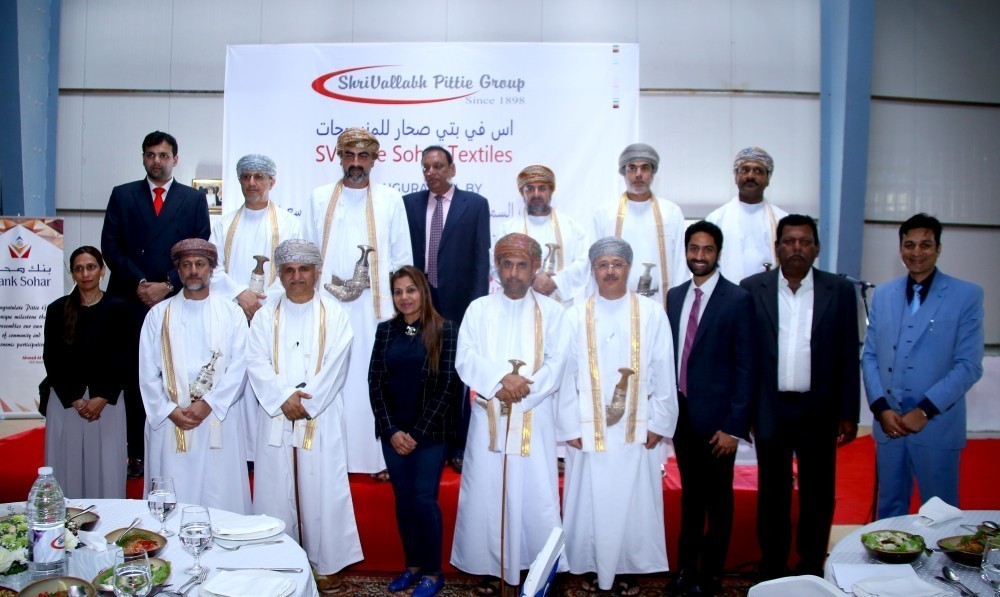 SV Pittie Sohar Textiles, which has a wide product portfolio ranging from cotton, blended yarn, open end yarn to superior yarns such as compact yarns, has launched its textile cluster in Sohar (Oman).

Markedly, SV Pittie Sohar Textiles is the subsidiary of Shri Vallabh Pittie Group, which is one of the major manufacturers of cotton yarn in India.

All in all, there’ll be four state-of-the-art yarn manufacturing units in the cluster, which covers an area of over two million square feet.

By November 2019, all four units will be fully operational. Around 300,000 spindles and 7,000 rotors producing over 100,000 metric tonnes of world-class compact cotton yarn will be housed at these units.

Chirag Pittie said, “I am glad we could start the production in a record time of approximately eight months. This would not have been possible without the support of our lead EPC partner Inexco under whose supervision we had almost 500 workers and over 100 engineers working 24×7 on site during this period.”

He added that the goal is to build a strong national workforce and bring stability, comfort and pride to thousands of Omani families.