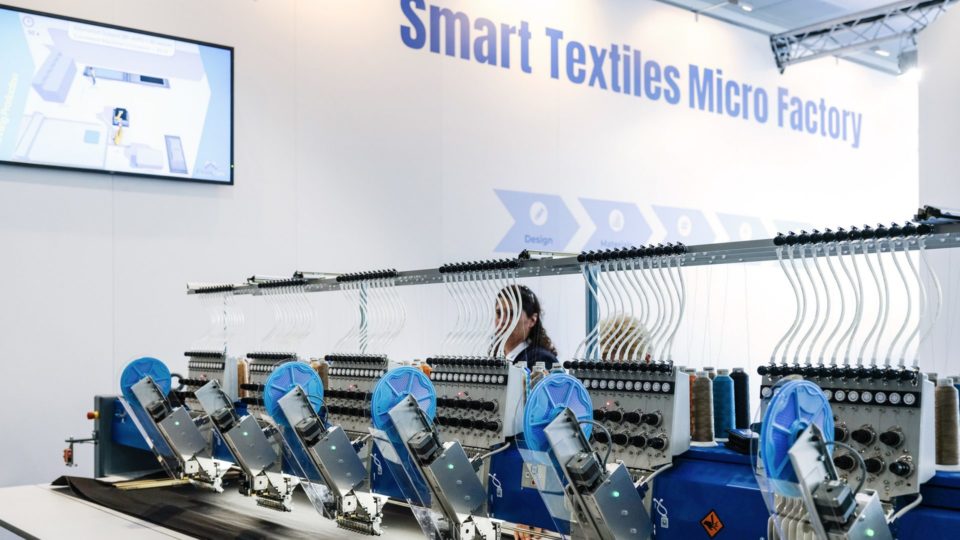 The recently concluded Techtextil and Texprocess 2019 saw textile and apparel industries from across the globe displaying their most progressive side in technology and inspired a positive mood throughout the sector as a result. Record numbers of exhibitors with a total of 1,818 from 59 countries and the highest levels of international participation was seen. Reportedly, a total of some 47,000 trade visitors from 116 countries were recorded at both Techtextil and Texprocess. For four days, 14-17th May, the Frankfurt Fair and Exhibition Centre became an international platform for users of technical textiles and apparel manufacturers from the widest variety of sectors, as well as for manufacturers of apparel, fashion, upholstered furniture and leather products.

“Over the last four days, Techtextil and Texprocess have brought together the entire world of textiles and their areas of application in Frankfurt. This double-barrelled trade fair had, in particular, three major things going for it: a larger number of top decision-makers, higher levels of international participation and a greater degree of satisfaction amongst exhibitors than ever before. Both exhibitors and visitors were extremely well prepared and actively took advantage of what was on offer at the two fairs, in order to drive their business forward in focussed ways,” says Detlef Braun, Member of the Executive Board of Messe Frankfurt.

“Texprocess inspired a very positive mood amongst suppliers. The manufacturers of sewing and apparel technology and of machinery for the processing of technical textiles and leather, have been reporting a certain reluctance to invest amongst their customers, caused by, among other things, current international trade barriers,” says Elgar Straub, General Manager of the Textile Care, Fabric and Leather Technologies (TFL) division of the VDMA (Association of German Machine and Plant Manufacturers). “We look towards the future with a great deal of positivity.”

Texprocess was also all about digital solutions for the sector – from fully networked production lines in the form of micro-factories and machines capable of autonomous learning to cloud-based collaboration between designers, product developers, manufactures and retailers across national boundaries. “Digitalisation and interlinked networks in the sector are gaining traction and have now reached as far as the retail shop,” says Straub. An effect that we summarise as an Impact of 4.0, the direct effects of Industry 4.0. It is something Alexander Behm, Product Manager Technical Textiles at H. Stoll AG & Co. KG also confirms: “I think that, in the not too distant future, things will go more and more in that direction and, in partnership with software suppliers and machinery manufacturers for other stages of the work, will eventually include the entire process chain.” These particular knitting machine manufacturers showcased the 3D knitting of shoe uppers in the Digital Textile Micro-Factory at Techtextil and Texprocess.

Gemini CAD Systems were manifestly delighted with their own micro-factory. “With our ‘Pixel to Product’ concept, we were able to clearly show our many visitors the benefits of made to measure garments and the end-to-end workflow to produce them. The connection to the clothing and fashion industry plays a very important role for us. That is why we will a show micro factory in July with several partners at the world‘s largest trade show for sustainable fashion, Neonyt, during Berlin Fashion Week“, says Luca Traian, CEO Gemini CAD Systems.

There was, amongst other things, strong representation at Techtextil for suppliers of fabrics for functional apparel and of smart textiles with integral lighting, heating and sensory functionality, which are used in sportswear, fashionwear, outdoor clothes and workwear. With these products, companies like Schoeller, Freudenberg, RUDOLF and Lenzing attracted designers, product managers and buyers from a host of well-known clothing manufacturers. There were, moreover, numerous exhibitors for accessories and components including, for instance, international market leaders for zip fasteners, YKK. “Visitors came from all over the world, from the USA, Pakistan, Asia, even Columbia. We are fantastically satisfied with the show,” says, for example, Jan Cees van Baaren, Sales Manager at YKK.

At Frankfurt, the Techtextil Innovation Awards 2019 were presented on the first day of the trade fairs, 14th May to Seven winners for presenting new textile solutions for e-mobility, occupational safety and greater sustainability during the opening ceremony. This year, Techtextil honoured two award winners in the ‘Sustainability’ category for the first time.

Also, At Techtextil 2019, eight projects have been chosen to receive awards in the “Textile Structures for New Buildings” competition. This year for the 15th time, the competition for young talent during  The next Techtextil and Texprocess will take place from 4 to 7 May 2021.

Kornit Digital To Host ‘Kornit Discover’ Events Across The Globe