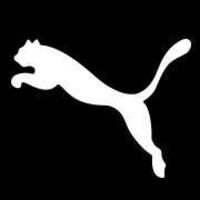 Puma has the potential to double its sales to more than €10 billion, equivalent to over $11.5 billion, in the longer term.

Puma’s third quarter bodes well for the fourth quarter, even with the challenges of factory closures and shipping issues.

Puma is one of the hottest brands in the U.S. market and if the brand manages the marketplace and executes well, doubling the business is certainly a possibility.”

Founded in 1948 by Rudolf Dassler, brother to Adidas founder Adi Dassler, both Puma and Adidas are headquartered in Herzogenaurach, Germany, a city of just over 24,000 residents about 14 miles from Nuremberg.

Puma became known for its soccer cleats, namely the Atom and the screw-in studs.

Soccer remained the staple business for Puma, which added the brand’s Formstripe logo in 1958. By the 1970s Puma had entered basketball with the Clyde sneaker for Clyde Frazier.

In 1985 Puma joined the upper echelon of tennis with a signature sneaker for German star Boris Becker.

Puma was the first to usher in the fashion icon status of Serena Williams, signing the young tennis player to her first big contract in 1998.

GROWTH BACK IN INDIAN RETAIL