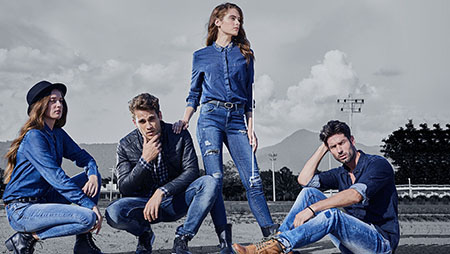 Rs. 550 crore was the figure that Spykar, an Indian denim label, recorded in the previous fiscal year. Aiming big for the next fiscal, the fashion brand eyes to clock Rs. 700 crores in revenue in the ongoing FY. If it manages to record the eyed amount, an approximate (and an impressive) surge of 30 percent would be made by the brand.

Seeing the demand and popularity of denim products in the young and fashion-conscious Indian market, it appears to be achievable for Spykar to fetch Rs. 700 crore.

The previous stats of the company also state the same. As per media reports, Spykar’s retail business doubled and profits soared by four times since 2016. Also, the festive season ahead in India will give further boost to the fashion company.

To tap the aimed growth, Spykar has plans in place to amplify its physical retail presence by adding 130 new stores soon. At present, the denim brand has 220 stores in 140 Indian cities.

The company’s foray into the buzzing apparel category — Athleisure will also bolster revenues. Alongside, e-commerce operations are expected to account for 10 percent of the total business. Currently, e-commerce is at 7 percent in overall earnings of the company.

More and more garment factories in Myanmar exporting to EU