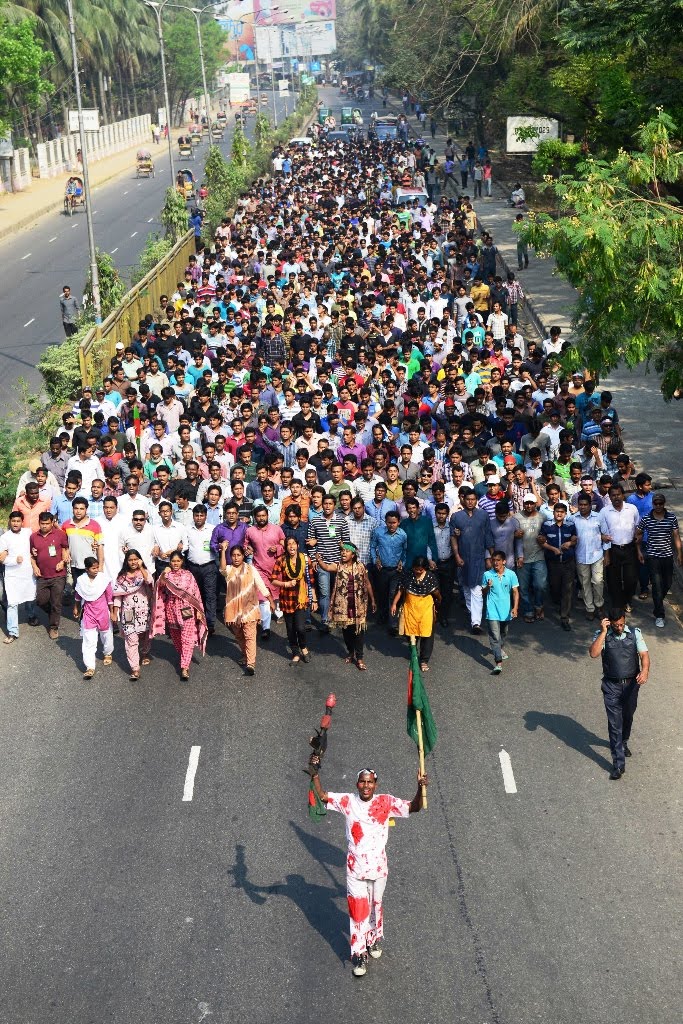 Over 5,000 garment workers blocked a national highway at Hemayetpur outside the capital Dhaka and clashed with police for hours after they walked out of their factories.

“At least 12 policemen were injured after they threw rocks at our officers. We fired tear gas and rubber bullets to disperse the protesters. Twelve factories were shut down,” police reportedly told AFP.

Notably, Bangladesh raised the minimum monthly wage for the garment workers by 51 percent to US $ 95 in December last year.

However, workers are of the view that the raise is less than this and the hike fails to compensate for price rises in recent years.

“The wages were hiked after five years. But in the five years the cost of living has increased more than the wage hike,” Babul Akhter, Head, Bangladesh Garment and Industrial Workers Federation told.

It remains to be seen how the Bangladesh Government addresses this issue as garment sector is the backbone of the country’s economy accounting for 85 percent in exports.

The current turbulence in the sector is hampering the production as well which may irk global apparel buyers as well.

This country is eyeing USD 29 Bn in garment exports

India Size Survey to roll out next month