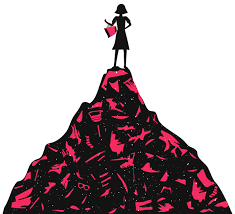 According to new research commissioned by Hubbub claims the UK Government has ‘failed to tackle fast fashion’.

The research found there has been a ‘lack of progress’ made by UK Governments, despite what Hubbub calls ‘growing concerns’ of the environmental and human rights damage caused by the fast fashion industry.

According to Oxfam, 13 million items of clothing are sent to landfill in the UK every week which does not support the Government’s waste reduction targets.

The research looks at government progress in tackling fast fashion and found it has published only 19 policies in five, despite the fast fashion industry being the second largest user and polluter of water globally and one of the largest contributors to modern slavery.

In comparison, research published by the University of Cambridge earlier this year showed that there have been 14 Government strategies containing 689 policies to tackle obesity.

The policies were largely introduced in broad strategies aimed at tackling the waste issue rather than directly tackling fast fashion.

Of the policies that sought to directly tackle fast fashion, they were aimed at providing voluntary guidance and standards or attempts to enable producers to make change, but no stronger incentives, regulations or legislation have been proposed to date, the research found.

The research also criticises the fact that that all of the policies have been proposed by the Department for Environment, Food and Rural Affairs (Defra) – a department that is not ‘technically responsible for fashion’.

The research says a lack of cross-departmental work has resulted in the policies having a narrow focus on the relation between fast fashion and waste reduction, with little positive impact on waste reduction.

The research found the the Government rejected all of the Environmental Audit Committee’s recommendations, including a producer responsibility and due diligence checks.