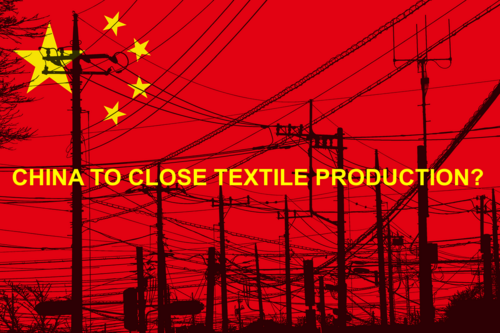 China is losing the most basic necessity of human civilisation electricity.

Till now, we only knew how the Chinese steel mills, aluminum manufacturing and power sector may be suffering in lack of thermal coal.

However, China’s power woes could be much bigger and brutal than imagined.

In Jiangsu, steel mills have reportedly shut down and some cities are even turning off their street lights. Similarly, in Zhejiang, 160 industrial units including textile units had to be shut down.

The electricity shortages in China are worsening, and widening geographically.

It’s getting so bad Beijing is now asking some food processors (like soybean crushing plants) to shut down.

A report says, “from aluminum smelters to textiles producers and soybean processing plants, factories are being ordered to curb activity or — in some instances — shut altogether.

Presently, China is facing a serious shortfall of Australian coal.

Last year, Beijing imposed an unofficial ban on Australian coal that immediately led to Southern provinces getting into dark.

Almost half of China’s regions missed the central energy consumption targets and are facing crumbling pressure to reduce power use.

To worsen Beijing’s woes, the three main industrial Chinese provinces- Jiangsu, Zhejiang and Guangdong that account for around a third of economy of China, are facing power (electricity) cuts.

Meanwhile, even the Chinese households are looking at upcoming chaos.

There is a severe shortage of thermal power and therefore the Guandong province has taken an extreme measure- advising residents to cut down on air conditioner usage and to rely on natural light instead of using home lighting appliances.

Meanwhile, cutting down electricity supply to factories is becoming a routine measure in China’s industrial provinces.