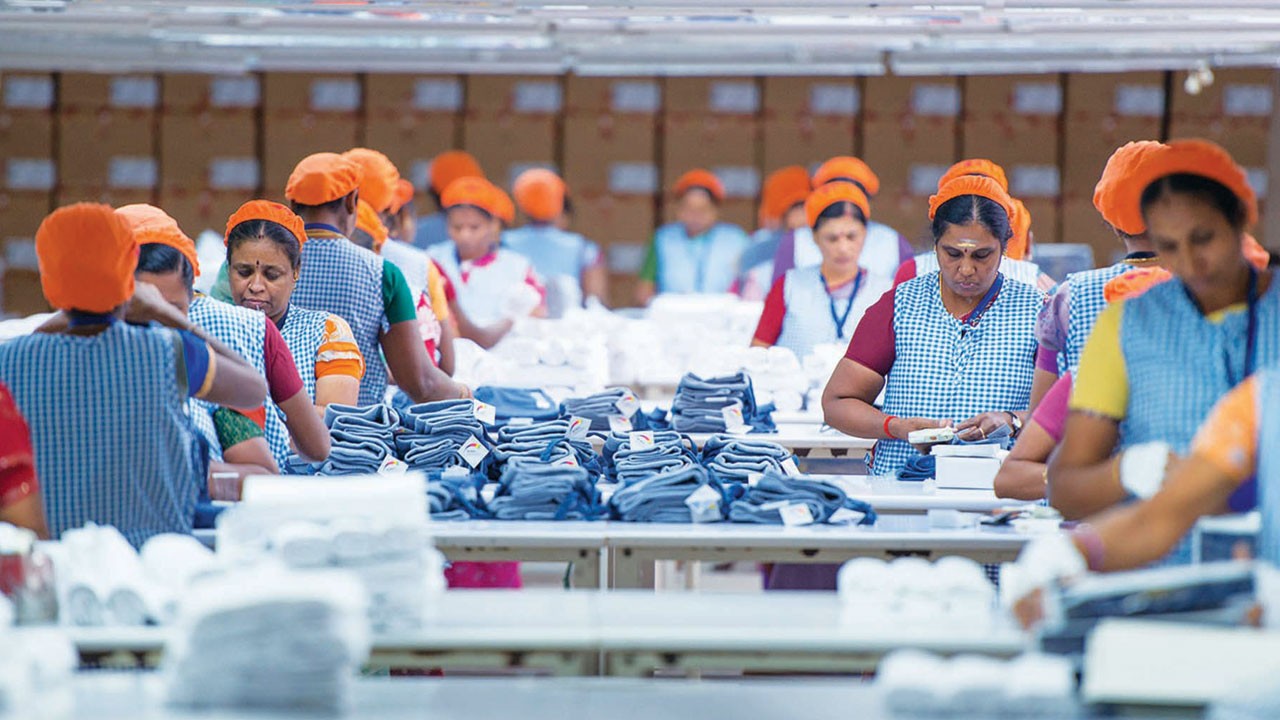 Tirupur, the knitwearhub of India with an annual turnover of Rs46,000-cr is facing testing times with thinning margins, declining overseas demand and relatively high labour costs.For the past three years, export growth is not up to the expected level in this city.Raja M Shanmugham, President of Tirupur Exporters’ Association (TEA) reportedly said, “We targeted annual business of Rs. 1 lakh-crore by 2020, including domestic sales. In the five years between 2012 and 2017, annual exports increased from Rs. 10,500 crore to Rs. 26,000 crore.The growth was flat for the last two or three years. However, we are confident of reaching the target by 2022.”

He further added that the incentives that the industry received before implementation of GST through different schemes worked out to nearly 13.2%, which was reduced to 5.7% after GST.“Margins are thin for garment exporters. They can absorb the costs if the incentives were reduced by 3% to 4%. But when there is a drastic cut, it affects liquidity,” adds A. Sakthivel, V.C, Apparel Export Promotion Council (AEPC).

Buyers compare Indian prices with those of Bangladesh and prefer countries with GSP (Generalised System of Preferences) benefits.As result, the annual garment exports from Bangladesh comes to about $37 billion, Vietnam clocks $27 billion, and from Cambodia exports $12 billion worth, whereas, clothing exports from India in 2016-2017 were $17.47 billion, $16.72 billion in 2017-2018, and in the current fiscal till January, exports were $12.8 billion, according to AEPC data.

The buying trends are changing in the market. Some brands have gone in for 16 seasons in a year and have a signature design for each season.This means garments for each season need to be supplied on time. The exporting units in India need to adapt to these changes and go with the rhythm, says Shanmugham.

Despite the challenges, it is the inherent strengths of Tirupur, and its focus on efficiency and technology that have helped it sustain exports for the last two years. As India cannot compete on lowering labour costs, the Govt. must focus on expanding schemes for technology upgrades and introducing more policies that incentivize apparel exporters to upgrade technology.

Also, it is imperative that exporters look to new and emerging markets. The four markets showing high potential for future growth are the U.K., Chile, Israel and Japan. Products with high growth potential and leverage individual strengths such as technology innovation must be identified according to a report by Drip Capital says.The EU and U.S., together, constitute 70% of the market for knitwear exporters.

However, after the recent announcement by the government on reimbursing embedded taxes, the sentiment is upbeat.

Why has Govt Come up with New Gujarat Textile Policy?