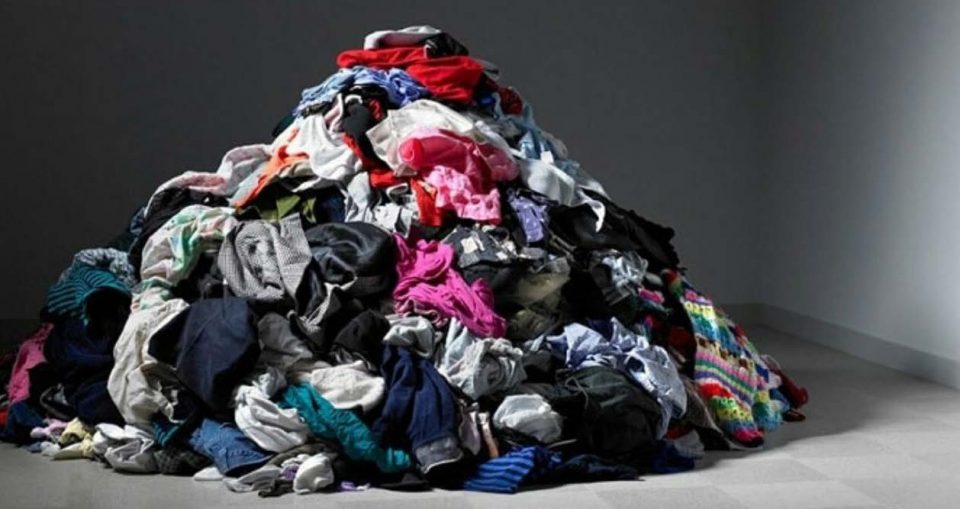 UK is in headlines again not for BREXIT but for increasing constant textile and apparel waste in fact, it has recently been found as the fourth largest textile waste producer in Europe. Fast fashion has always been the buzzword in the UK, in fact, fashion travels to the world from the UK and EU this has impacted the environment badly. Fashion label for sustainable menswear, LABFRESH, published the study, which analyses the 15 biggest textile polluting nations in the EU.

According to a new study Briton throws away about 3.1kg of textiles every year, and that 1.7kg of fashion waste is landfilled yearly per person. The UK clothing industry is the third largest in Europe and the study found British consumers spend £980,50 a year on new clothes. Italy was found to be the “least sustainable” country in terms of fashion waste.

The factors examined include the total amount of textile waste, spending on new clothing per person, the share of the clothing industry in the gross domestic product and the yearly export of worn clothing. The analysis highlights the extent of textile consumption and, subsequently, the volumes of disposal of fashion waste in Europe. For this reason, the study also takes a look at the textile waste per person and the techniques for its disposal.

The United Kingdom produces 206.456 tonnes of textile waste in a year.

Out of the 3.1kg of textile waste each Briton produces every year, only 0.3kg are recycled and 0.4 kg are reused. However, 0.8kg are incinerated yearly per person and 1.7kg are disposed of in landfills. The United Kingdom is second in terms of annual spending on new clothing, with  an average of £980.50 per person.

The clothing industry in the United Kingdom is the third biggest in Europe in relative terms, representing 3.1% of the country’s gross domestic product (GDP).

Italy leads the ranking as the least sustainable nation. Italians invest a relatively large sum of money – £920,80 – in new clothing and are consequently throwing away an above-average amount of textiles. 465.925 tonnes of textile waste are generated in Italy every year.

In relative terms, however, Belgians produce the most textile waste. They produce 14.8kg per capita of it per year.

Germany is third in terms of yearly export of worn clothing. 6kg per capita go abroad every year.

With 2.1kg per person, Spain produces the least textile waste in relative terms.

Austrians spend the most for new clothing, with £1.082,50 spent per person in a year.

The clothing industry has the greatest share of the gross domestic product (GDP) in Portugal, where it accounts for 4.1%.

As you know recently duty drawback rates have been revised and will be reflected from February 4th onwards. Do you think this marginal increase will help the industry ?