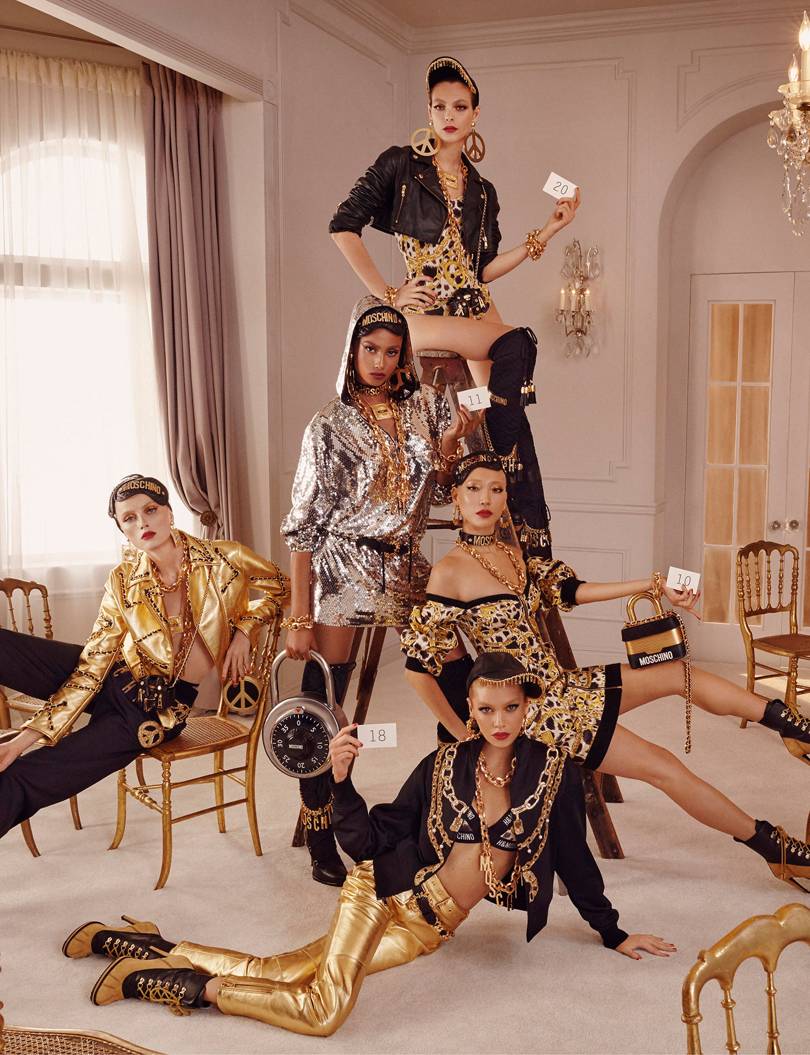 Though the fashion capsule collection will be launched later in November this year, Moschino has been teasing the fashion lovers with the glimpses of what the assortment will have to offer.

The Italian lable took it to social networking platform Instagram to share a sneak peek of its ‘Moschino (tv) H&M’ project with its 6.8 million followers.

The social media campaign features a cast of supermodels including Gigi Hadid, Vittoria Ceretti, Stella Maxwell, Soo Joo Park and Imaan Hammam, anf others wearing the pieces from the collection.

A picture even shows Hadid dressed to the nines in a leather black mini dress and knee-high black boots with gold hardware, while another also riffs on the metallic theme, featuring cropped jackets in black and gold, shiny pants and a silver hooded dress.

Notably, Moschino was introduced as H&M’s next major high-end designer collaboration in April when Hadid, dressed in a silk shirtdress from the upcoming fashion line, placed an Instagram live call to Moschino’s creative director Jeremy Scott announcing the news during the Coachella festival.

It is being said that the fashion line will be launched on November 8th.

Prior to Moschino, H&M has collaborated with leading fashion giants such as Karl Lagerfeld, Kenzo and Balmain. It remains to be seen how fans respond to the entire collection once released.