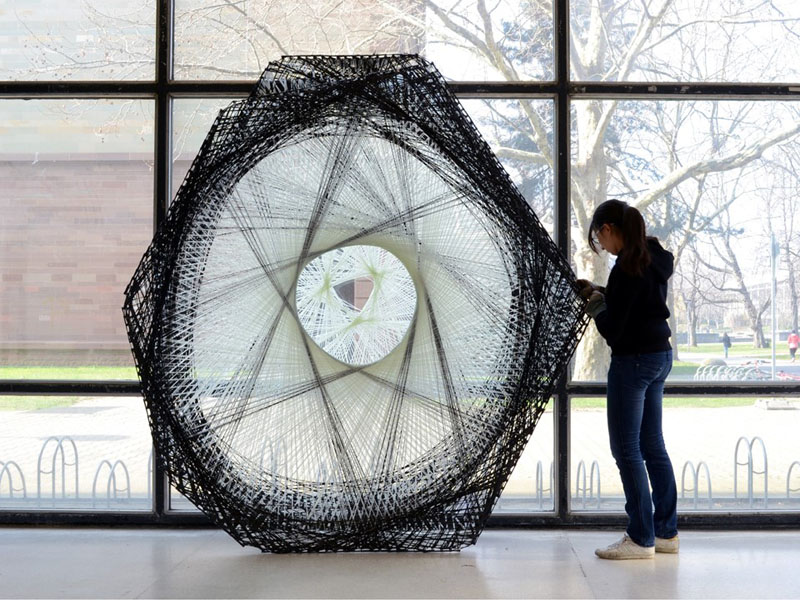 At Techtextil 2019, eight projects have been chosen to receive awards in the “Textile Structures for New Buildings” competition organised in Messe Frankfurt. This year for the 15th time, the competition for young talent during Techtextil organised jointly by the TensiNet as sponsor and Techtextil honoured innovative approaches and excellent material solutions from the world of textile construction. Reportedly, the prizewinners are to receive a prize money totaling 8,000 euros.

All prizes and commendations were presented at a Techtextil ceremony on 14 May 2019. An international jury of renowned civil engineers and architects awarded six prizes and two commendations.

The first prize for macro architecture goes to Hugo Cifre from the Universidad Europea de Madrid/Espacio La Nube and Miguel Angel Maure Blesa from the Universidad Politécnica de Madrid for the project ‘Bubble’. One prize was awarded to the project ‘Airdapt’ by Rebecca Schedler from the Weißensee Kunsthochschule Berlin who developed an adaptable kinetic wall system that offers the possibility of dividing large rooms into smaller working areas that can become more or less transparent and more or less sound-absorbing depending on requirements.

The project ‘A Catalyst for Urban Renewal’ by Galen Rochon from Canada’s Dalhousie University – School of Architecture received a commendation. Also was praised the design ‘XCape’ submitted by Lobke Beckfeld from the Weißensee Kunsthochschule Berlin.

Techtextil LIVE: The winners of the Techtextil Innovation Awards 2019