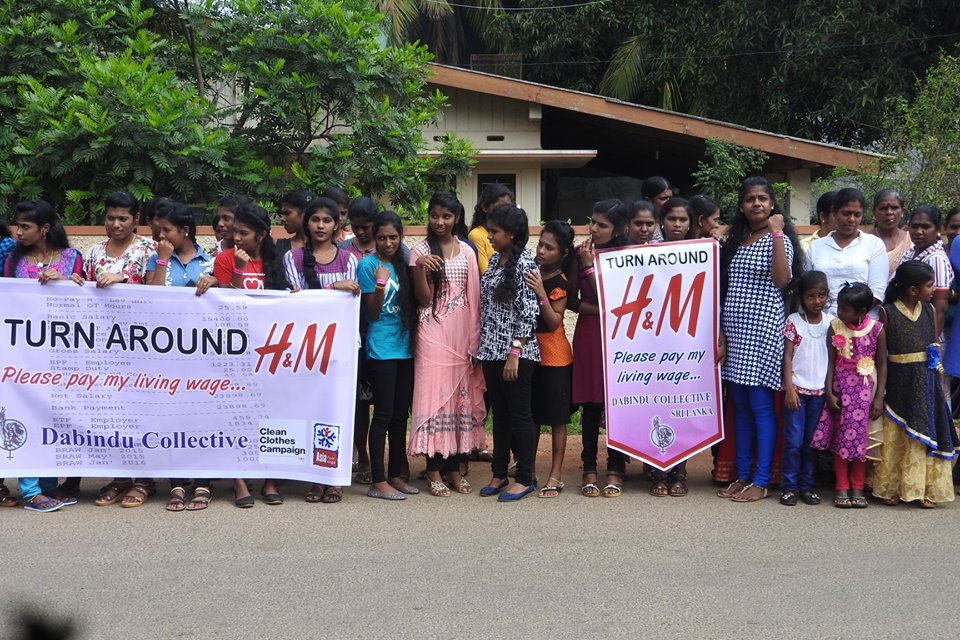 How quickly things turn around in this industry? Recently, the Swedish fashion retail mammoth H&M held a summit on Fair Living Wage and went gaga over its achievements in assuring the same at its supplier factories. The latest news contradicts completely as garment workers in Sri Lanka and India have stood up against H&M, asking a living wage and a safe work environment.

Dabindu Collective (an organisation based in Sri Lanka that works closely with women workers in Free Trade Zones and other industrial areas), which organised the protest, said, “To organise and empower women workers to create an environment, which will help them, win and safeguard their rights, acquire the respect of society and facilitate their participation in development processes.”

Additionally, Global Labour Justice claimed in a report that many H&M factories observed worker abuse and deplorable conditions this summer.

The fashion band has 235 listed factories in India. Earlier, the Guardian reported in June that both India and Sri Lanka units had witnessed physical abuse as sentence for not meeting the deadlines.

As H&M increases the importance of “sustainability” in its marketing campaigns, workers in India and Sri Lanka hope that this will mean a living wage.