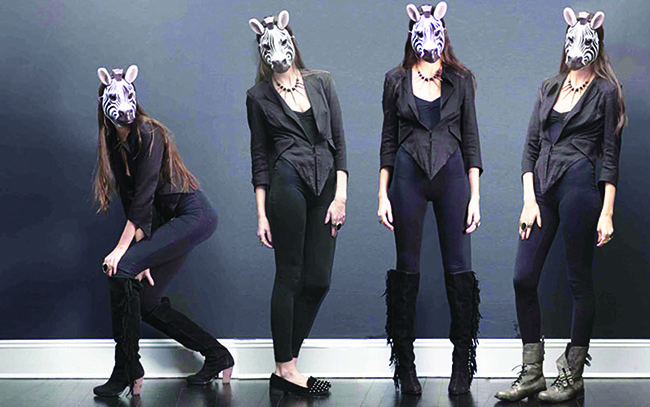 In a world where people are moving towards sustainability and trying to protect the world by doing their bit like turning vegan as a lifestyle choice so as to make environment more friendly towards protecting animal. A lot of designers and brands are now turning to vegan fashion in fact, it is now becoming the need of hour. After some high end brands like Gucci declared they were giving u p on fur there has been a shift of fashion towards eco-friendly or Vegan products.

What is Vegan Fashion?

Vegan fashion is clothing and accessories made from cruelty-free sources, i.e. NO animal products are used in making the garments and no animals are being harmed. Silk shirts, UGG boots (Ugg boots are a unisex style of sheepskin boot originating in Australia and New Zealand. The boots are typically made of twinfaced sheepskin with fleece on the inside,) suede skirts, cashmere sweaters, leather boots or bags, fur trims on wool coats are few of the things that are facing the heat from NGO’s and environmentalist as they harm the nature and animals.

Wool – Wool is considered as a winter wardrobe staple, but it isn’t always produced under ethical conditions. Common wool is made from sheep who had mulesing (chunks ripped out of their skin) performed on them without anesthetisation. PETA did an entire investigation on sheep mistreatment, but just to make it short, they are roughly shorn of their hair, which provides insulation from cold weather. Eventually, they’re shipped away only to be brutally slaughtered.

Down – Ducks in China are exploited for eggs, meat, or despicably cruel foie gras. The soft undercoating beneath their top layer of feathers is violently torn from them several times while they are alive and then once more after they had been killed

Silk – Silk has been revered as a luxury for thousands of years. Silk is made up of the threads that form the cocoon of the mulberry silkworm. The threads are extracted by boiling the cocoon with the pupae still inside. This method can be controversial.

Leather – Leather has long been a staple in our wardrobes, however, we often overlook the animals whose skins become our jackets and shoes. Every year large numbers of animals are killed for their skins by the leather industry. Many of these animals are factory-farmed, which can involve extreme crowding and confinement, deprivation, and painful treatment at the hands of workers.

Why is Vegan Fashion Getting Popular?

The reasons to go completely through fashion are pretty basic. Using bags and accessories made from eco-friendly and cruelty-free materials like PVC, denim material, PU fabric or faux leather, semi PU and organic cotton, khadi, etc are better alternatives.

Some of the reasons are listed below:

• Stopping Animal Cruelty It might be hard to believe but people are actually starting to care about the harm being caused to animal made clothing. It is grotesque that animals are tortured and killed for clothes, handbags and accessories you use. So many animals are subjected to harsh atrocities.

• Sustaining Perception Of A Vegan Brand In The Market With the rise of sustainable fabrics and materials market players are keeping in mind the benefits of using it.

• It lasts longer If the other two benefits of looking into eco-conscious clothing didn’t sway you, this one should. Research has shown that buying clothes made from organic, renewable fibers is not only less toxic, but they are more durable and timeless.

Stella McCartney. Mostly veganfriendly clothing and lingerie, always fur- and leather-free. This vegan queen designer and pioneer of ethical fashion recently launched her line of vegan silk and encourages consumers to consider what their food and fashion garment materials are actually made of. Following criticism over her choice to ditch all animal products in both her personal life, and her professional fashion career, McCartney aptly said in an interview with The Business of Fashion Magazine, the consumption of animals – whether you’re wearing them or eating them – is extraordinarily damaging to the planet.

• Payless. Many vegan shoes in store and online; be sure to explore the Zoe&Zac line

• Patagonia. Look for parkas stuffed with PrimaLoft®, a super-warm down alternative

• There are 100% vegan online retailers, who carry many of the brands listed above, plus many more

• Designers like UMASAN are ethical producers of vegan fashion clothing, Umasan made headlines in the Mercedes-Benz Berlin Fashion week with their multi-generational models who showcased androgynous items, made from eco-forward, high-tech materials. Anja and Sandra Umann are the founders, and identical twin sisters of this brand which is a pioneer in the sustainable fashion industry.

• Canadian label Matt and Nat offers perfect accessories that are 100% cruelty-free, they make a considerable effort to ensure their shoes and bags are crafted from sustainable materials. The inner linings of each bag have been made from 100% recycled plastic bottles

• Activewear brand, Lulemon is very sustainable when it comes to vegan fashion as they do not use fur, leather, shearling, angora or exotic animal hair or skin.

Growth and Size of Vegan Fashion in Us And Europe

The UK is among the top-growing countries for veganism. In 2014, only 1% of the population classified themselves as vegan, rising to 3% in 2017, according to a report by GlobalData. With over one million more consumers demanding vegan products, this offers retailers a prime opportunity to capitalise on a trend that continues to gain popularity. However, while there is an established market for vegan products in food, there is also a growing opportunity in categories such as clothing and beauty.

Globally, veganism is most prominent among younger consumers, particularly those aged between 16 – 34 years old as a result, in most recent years there has been a rise in demand for trend-led vegan clothing, as many items seemingly animal-product free contain small parts of animals such as leather labels, for example on jeans, or angora wool in jumpers, rendering them undesirable to the young vegan consumer. Furthermore, the desirability of real fur has fallen since the 1990s, with many fur retailers and fur departments in retailers like Harrods and Debenhams closing; this trend has continued into leather, with the rising popularity of pleather clothing. However, the way retailers describe these products is changing: Boohoo.com and Nasty Gal are marketing faux leather products as ‘vegan leather’, ensuring that they appeal to these consumers and removing concerns that clothing may contain small traces of animal products. Nevertheless, the fashion industry has not been without controversy, in 2016 the BBC aired a documentary on animal products, highlighting that the cost of real fur in some cases was cheaper than the production of fake fur and as a result real fur was entering the market in the UK unlabelled or labelled incorrectly.