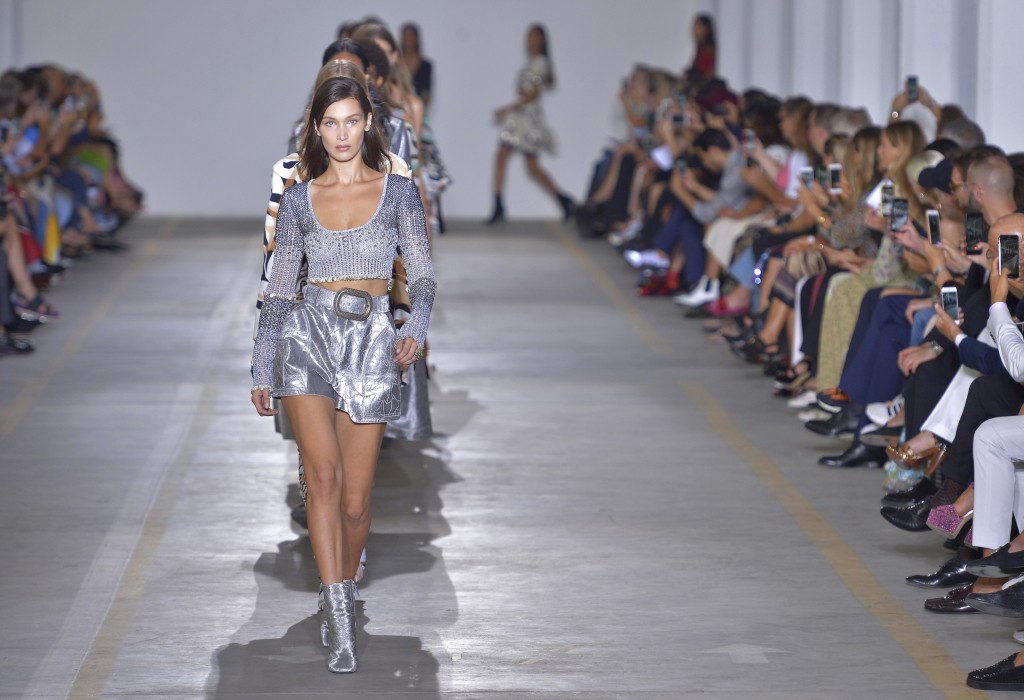 Designer, Paul Andrew, the recently appointed creative director of the Salvatore Ferragamo took the opportunity to celebrate the brand’s heritage of luxury footwear by incorporating “one design vision” across the collection including womenswear, menswear and footwear.

None to surprise that the entire collection was designed inspired by a single piece of shoe using its palette and construction. Andrew drew the ingenuity of Salvatore Ferragamo’s 1942 made a rainbow-hued suede patchwork mule and consolidated the entire collection with latest technology and innovation. He said referring to the texture mash-up in this collection, “it’s totally mind blowing to think about how Salvatore combined technology, innovation and craftsmanship. If you study the clothes [in this collection] in detail, there’s so much technical work in how the clothes are bonded and finished.”

The collection was predominated by full-look leather appearing in padded coats and hooded anoraks, slinky slip dresses, boiler-suits and even pajama set. Other than the texture of leather, fleece and shearling were also seen in large sumptuous teddy bear coats while fringed cashmere, corduroy and technical wool gabardine took care of outerwear across both men’s and womenswear. Andrew also incorporated the brand’s archive prints, which were digitally re-mastered and reworked in the collection.

Andrew noted that the brand cater to a cross-generational audience so the collection was made appealing to “clients in their 20s, 30s, 40s, 50s and 60s and more” resulting in a “quiet power that distinguishes the house”.

On the other hand, the Hertfordshire born designer, Paul Surridge of Roberto Cavalli recalled some iconic achieves that “evokes memories of Cavalli – not direct references but reflections” after having exploring the traditional codes of the legendary house since 2017. The collection was noticeably overpowered throughout by the brand’s most synonymous patterns, i.e., animal prints.

Surridge expressed his collection as “a stylised tiger print”, in saturated shades of fuchsia, Apple green and deep azalea blue on long silk maxi skirts, coats and body-conscious wool dresses. Snakeskin was seen in a jacquard weave on tuxedo tailoring, while all-over metallic embellishment appeared like glistening scales as though a second skin.

Surridge further said that the hand embroidery here was “discreetly done so it doesn’t feel passé” and that he was after a more futuristic aesthetic inspired by the work of the Polish artist, Tamara de Lempicka. Surridge is keen to keep things moving forward to provide “modern solutions but in the Cavalli code” with all the brilliant hues. His approach to futurism was most obviously noticed in the stretch bandage dresses which were cut to stand away from models’ frames, a 3D crease technique which was applied to silk skirts, and full-length Matrix-style leather coats.“We’re not very futuristic at the moment and I like the idea,” said Surridge after the show.

Trend Alert! Trousers Trends To Watch Out For

Vegan fashion Is The New Green