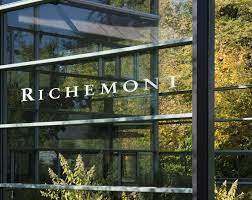 The trading environment may have been volatile but luxury giant Richemont still managed to see net profit rising almost 40% in the financial year to the end of March, beating forecasts by a wide margin.

Initially the sales fell by 25% currency-neutral (CN) and by 26% at current exchange rates (CER) in the first half of the financial year.

It also meant that the company is clearly on a powerful recovery trajectory and it said it has made a “strong start to the new financial year, with accelerating trends across all business areas”.

But it saw lower sales at its Fashion & Accesories Maisons overall, mainly due to wholesale declines linked to the pandemic, and travel retail’s problems, even though online retail sales grew to 17%.

The company said that after “years of under performance, we expect these Maisons to benefit from an enhanced ‘route to market’ provided by new digital platforms.”

Asia Pacific was also a big contributor to its success and China played a major part in the region’s 19% sales growth with year-on-year sales (CER) rising by triple-digits in the fourth quarter. But European sales fell 31% while the Americas dropped 15% and Japan alone was down 22%.

In the results, chairman Johann Rupert also paid tribute to the late Alber Elbaz, describing him as “incredibly sensitive and caring” with “genuine empathy [who] possessed great wit, talent and creativity”.