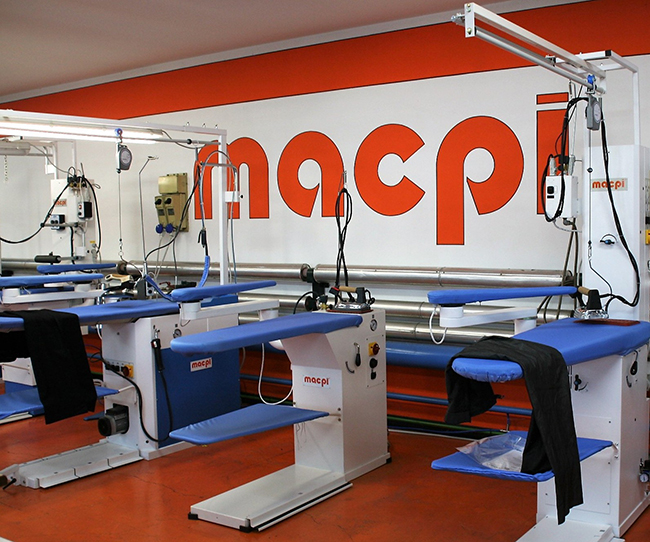 Macpi spa Pressing Division has been operating since 1961 as one of the leaders in the pressing field and has developed new revolutionary pressing techniques. The owner Paolo Cartabbia opened Macpi Shanghai production site 15 years ago and is ready to expand the reigns of his company along with Enrico his son. Macpi has been in the pressing field for many years and has developed new revolutionary pressing techniques.

David Noli, Area Sales Manager, Macpi briefed about latest technologies which were earlier only present in higher end markets like China and US and is now in demand from labour oriented markets like India, Bangladesh and Vietnam also as being productive is the need of hour. “Manufacturers in South East countries are now embracing the technology in all the possible ways from sampling to complete production,” said David.

He also discussed that the group plans to develop products which are not updated as the company believes in updating the procedures, technology and not just the look of machine.

He also informed that Macpi is introducing the automatic solution in its products which can reduce the level of pollution be it noise, heat or the space consumption as one cannot keep stacking machines up on one another. “To improve the production lines we are offering consultancy so that the players can work on reducing the space and achieve same output using 50 % of the space that they are using now,” he added.

“We are aiming to become much more like automated industry in the next 15-20 years,” he averred. According to David the market situation as compared to the last year is improving in a way customer has digested their modifications regularly and after GST customer is now accepting new products also.