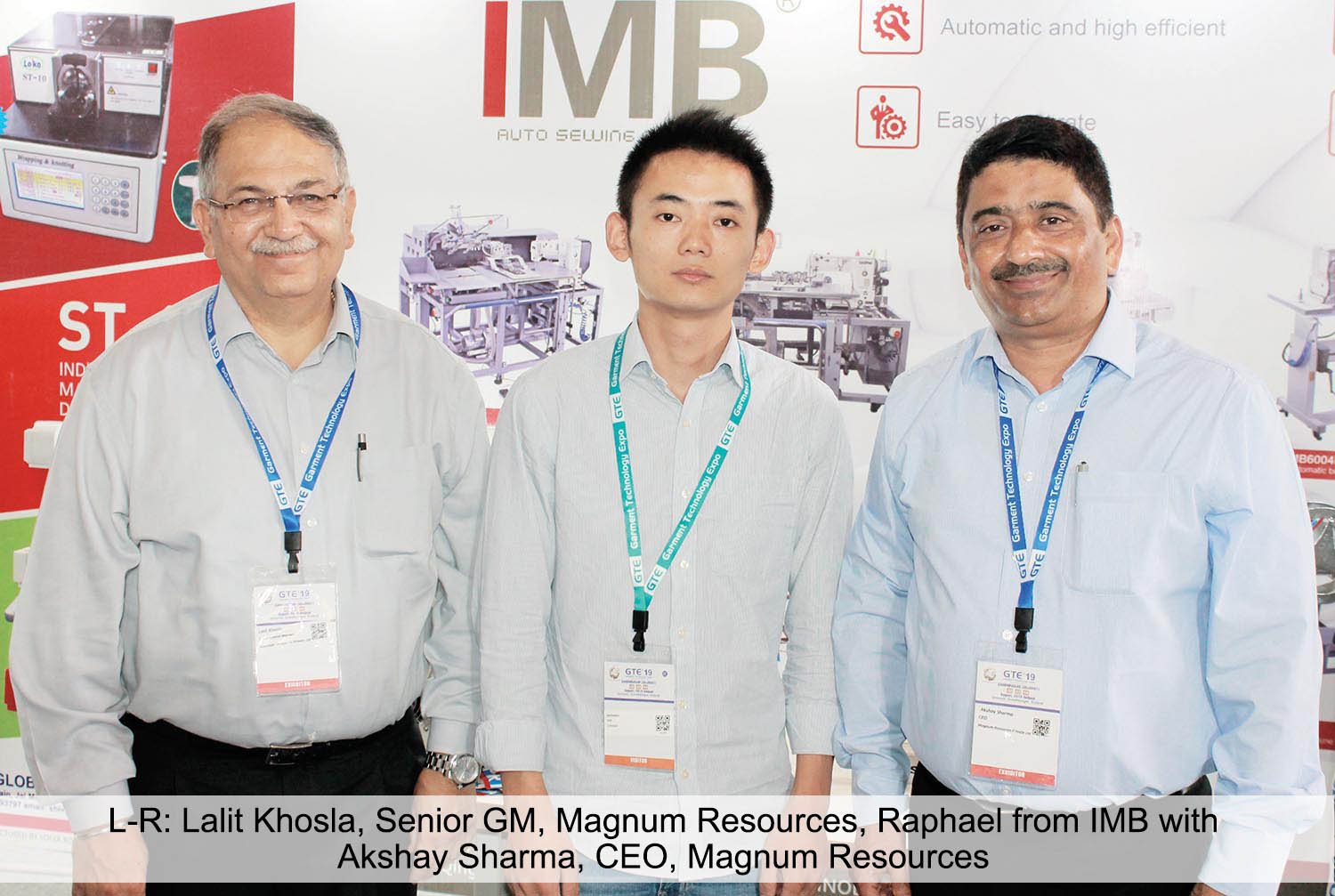 IMB a China based company that started its operations in 1995 as a distributor of industrial sewing machine distribution became the sewing machine industry’s outstanding franchise outlet in China from the very beginning. The group is now associated with Magnum Resources for sale of its machines in India. At the recently concluded GTE Ahmedabad, the company showcased MB 1002C, Automatic Denim Pocket setter Single Needle. It is a Creasing-Free One Time Folding Mechanism. The machine enables auto-folding, loading, sewing and collecting. It can be applied to varieties of different pocket shapes and also does not need particular work skills. It has a maximum sewing speed of 2800sti/min using DP×17 type needle equipped with thread breakage detection.There are three different levels of pocket size.When the pocket size level changes from ‘S’ to ‘L’, there is one part called folding group mounting base plate which requires to be replaced with right size base . The machine maximum sewing area is strictly limited by pocket size, ‘Length . Speaking about the response at the exhibition Akshay Sharma, CEO, Magnum Resources said, “It is a good market and we are hoping for a good response at the exhibition.”