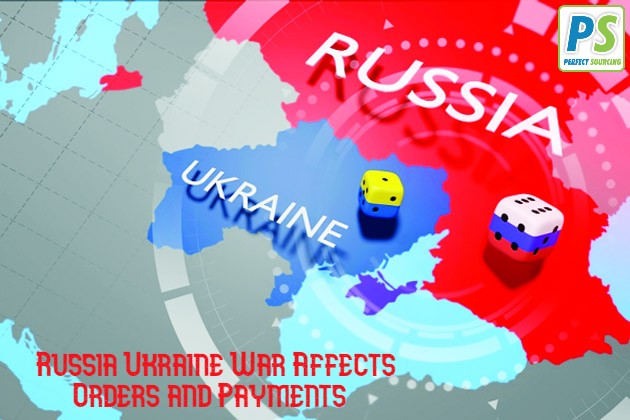 War has never been easy for any industry and with tension surging between Russia and Ukraine it is expected to make a huge impact on apparel and textile industry of India as well.

The exporters in India who were already reeling under pressure due to supply chain crisis and hike in raw material prices see this war as a catastrophic condition for the apparel and textile industry.

A lot of apparel exports from India are to the European countries which will sooner or later impacted by the war. Also, India directly exports to Russia, Ukraine, Poland and many other countries.

Russia is India’s 25th largest trading partner, with exports of $2.5 billion and imports of $6.9 billion in the first nine months of FY2022. While the bilateral trade with Ukraine stands at $2.3 billion so far this fiscal.

Apparel Export Promotion Council (AEPC) Chairman Narendra Goenka said that while apparels have limited exposure to Ukraine and Russia, orders from Europe were also getting affected.

Exporters are observing a slowdown in orders and delay in payments since last week.

The ripples of the war are already being felt in India.

For example, an apparel shipment bound to France has been asked by the buyer to put on hold as there is uncertainty in the air. “In the morning, we were intimated by our buyers to put the shipment on hold amid uncertainty. In a day or two it will be clear that how many consignments were either put on hold or cancelled,” said Harish Dua, MD of KG Exports.

India’s apparel export cluster Noida that has about 3,000 factories exports 10 per cent of their merchandise to Russia and Ukraine.

Lalit Thukral, President of Noida Apparel Export Cluster (NAEC) said,  “The Russia-Ukraine war has hit us hard as we were just coming out of the pandemic.” He said that traders are unlikely to get paid in time for their exports under the dollar-rouble conversion as the Russian currency has hit historic lows owing to heavy sanctions from the west. “Due to this payments (in dollars) for readymade garments already exported to Russia and other European countries are stuck,” he added

As a result of the ongoing crisis between Ukraine and Russia, Indian exporters in the apparel and engineering sectors have started to see a decline in the number of export orders from Europe.

With Europe being the largest national export market for India, reduction in the number of orders would have an impact on the overall demand in the next few months.

While the impact may not be visible yet, for any exporter, the last two months of the financial year are crucial as it is considered the peak season for exports..

Impact on Europe can adversely affect an industry that is just recovering from the pandemic-induced slowdown. Europe and 11 other countries including United Kingdom, Turkey and Switzerland form the largest marker for India with a share of a fifth of total exports from India.

India exported goods worth $60.33 billion to Europe during the first three quarters of the current fiscal. Of this, over 40% of the product value can be attributed to engineering goods. The share of textile exports to Europe is 12%.

Articles of apparel, not knit or crocheted: $30.35M

Which areas of Apparel and fashion Industry Will Suffer because of UKRAINE-RUSSIA WAR? 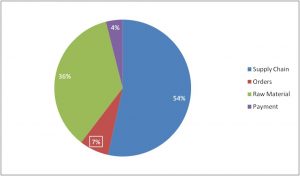 400,000 People To Be Skilled By Textile Ministry