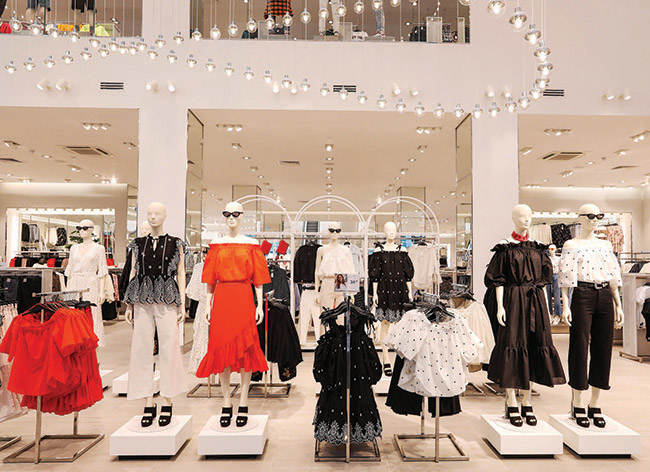 The Fashion industry is no stranger to disruption, and it’s facing a global reform. Driven by consumer trends, it’s now struggling to cope with the Fast Fashion business model it created. In order to remain profitable, the market must now produce multiple, season-less collections on demand and that’s no easy task for large and small companies across the globe. With the advent of fast fashion there are new set of challenges to be countered. While the problem of stocks existed before also but the pace, volumes and periodicity is huge as compared to last few years. The recent example is H&M which reported an accumulation of 3.4 billion euros of clothing stock on February 28, 2018, a 7% increase compared to the same date in the previous year.

The company’s CEO Karl-Johan Persson has announced that due to stock levels being higher than forecast, there will be an increase in markdowns in the second quarter of 2018. Inventory currently accounts for 17.6% of H&M’s sales and up to 32.3% of total assets. Persson also explained that the growing volume of stock was related to the need to fill the racks of 220 new stores. Signs of its expanding unsold inventory began emerging last year, when it reported an unexpected quarterly drop in sales. The decline was the first in two decades, a period in which H&M expanded from a lone women’s wear store west of Stockholm to a gargantuan network of 4,700 stores around the world.

The scale of the problem illustrates H&M‘s vast size — as one of the world’s largest clothing manufacturers, it produces hundreds of millions of items each year. There are so many that a power plant in Vasteras, the town where H&M founded its first store, relies partly on burning defective products the retailer cannot sell to create energy.

But while luxury brands have enjoyed a rebound in fortunes in recent months, fueled by millennial appetite and a recovery in demand from the lucrative Chinese market, mass-market companies have had to deal with enormous changes. In the digital era, the challenges around offering trendy apparel before it goes out of style have mounted, particularly as growing numbers of shoppers choose to buy from their smartphones and become more quality conscious.

In the digital era, the challenges around offering trendy apparel before it goes out of style have mounted, particularly as growing numbers of shoppers choose to buy from their smartphones and become more quality conscious. ASOS is an online-only retailer, and Inditex has managed to ramp up its digital sales. But H&M, which also owns brands like Cos, & Other Stories and Arket, has fallen behind the pack. H&M has insisted it has a plan, saying it would slash prices to reduce the stockpile and slow its expansion in stores. It said it hoped its online business would expand 25 percent this year. It’s worth remembering that the H&M group, which owns H&M, & Other Stories, Cos and Monki (among others), and is currently launching new brands Arket and Nyden, reported a 44% decrease in its net income in the first quarter of 2018, suffering from a drop in sales (-1.7%) and a series of markdowns. As the group looks to revitalize its operations, it would appear to be counting on its “new business” division which includes all brands in its portfolio other than H&M and saw a 15% increase in turnover in the first quarter.

Moving the stale stock of mostly clothes, accessories and electronics is likely to lead to bigger discounts and steeper markdowns, which in turn would reduce chances for a swift profit rebound for most of the retail chains reported Reuters recently. Disappointing sales by some of the biggest retailers including Target Corp (TGT.N), Macy’s Inc (M.N), JC Penney (JCP.N) and Kohl’s Corp (KSS.N) are likely to lead to even more promotions and discounts to woo customers. According to a report by analytics firm Dynamic Action, retailers sold 4% fewer items at full price in the first quarter than a year ago, while the percentage of promotional products ordered online jumped 63%.

Right now retailers have started cutting back on deliveries for the third and fourth quarter; which would leave them with less products for selling by the end of the year, when most retailers make as much as 40% of their annual sales. The world’s largest retailer, Wal-Mart Stores Inc (WMT.N), bucked the trend and posted surprisingly higher sales as lower-income consumers spent more. That should mean Wal-Mart sold much of the stock earmarked for the quarter, easing the pressure to offer steep promotions and discounts, analysts said.

Other bright spots included home improvement chains like Home Depot (HD.N) and Lowe’s Companies Inc (LOW.N), which have benefited from a housing recovery; and off-price apparel retailers like TJX Cos (TJX.N), which offer low-priced branded apparel and accessories. Off-price chains such as Ross Stores Inc (ROST.O) and Burlington Coat Factory had been a negligible force in the industry until a few years ago. But as consumers try to get more bang for their buck, chains that offer quality branded goods at lower prices have become increasingly popular.

The Secrets of Vietnam Apparel Industry You Should Know

Are You Wasting Fabric While Splicing?