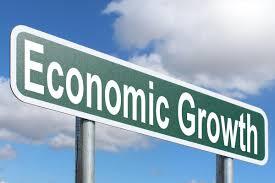 It, however, said the value of GDP in the next financial year will only mildly surpass the level that had been recorded in FY2020.

“After a 7.8 per cent pandemic-driven shrinkage in the ongoing fiscal (FY2021), India’s real GDP is projected to record a growth of 10.1 per cent in FY2022. The seemingly-sharp expansion will be led by the continued normalisation in economic activities as the roll-out of COVID-19 vaccines gathers traction, as well as the low base,” the agency principal economist Aditi Nayar said in a report.

The agency’s principal economist expects a multi-speed recovery in FY2022, with the contact-intensive sectors, discretionary consumption and investment by the private sector trailing the rest of the economy, in the arduous march back to attaining, and sustaining, pre-COVID levels.

The agency expects the headline CPI inflation to decline to 4.6 per cent in FY2022 from 6.4 per cent in FY2021, while exceeding the mid-point of the Monetary Policy Committee’s (MPC’s) medium target of 4 per cent, for the third consecutive year.