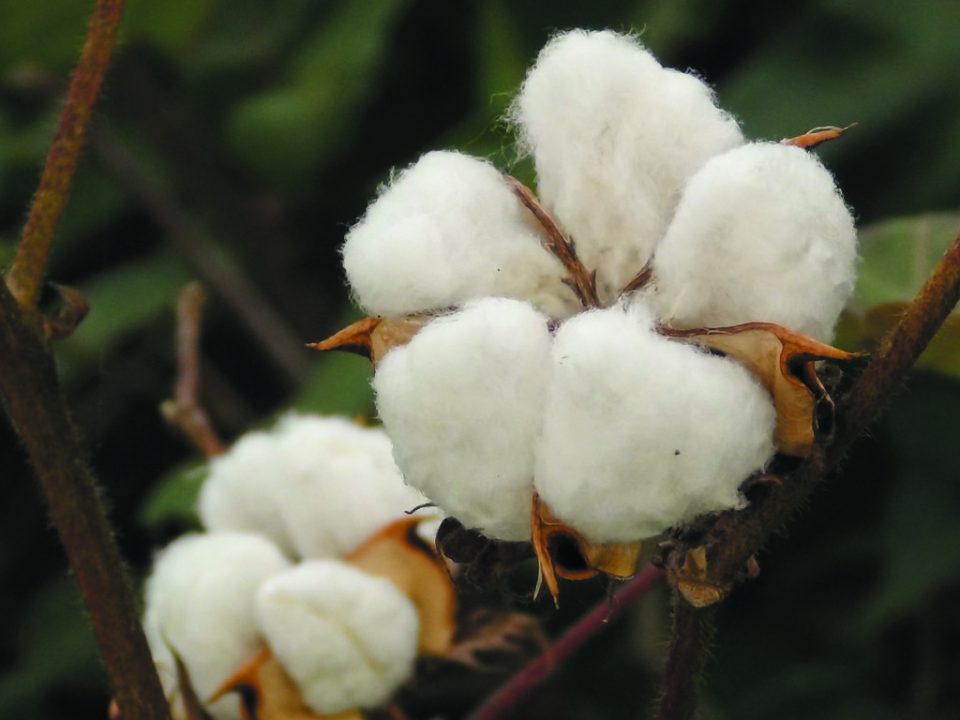 The World Bank warns the Ukraine war is set to cause the “largest commodity shock” since the 1970s with
cotton prices expected to be nearly 40% higher in 2022.

The report explains the war in Ukraine has dealt a major shock to commodity markets, altering global patterns of trade, production and consumption in ways that will keep prices at historically high levels through to the end of 2024.

It points out the increase in energy prices over the past two years has been the largest since the 1973 oil crisis.

The World Bank’s report states cotton prices are expected to be nearly 40% higher in 2022, before easing 6% in 2023 as weather related challenges unwind.

For cotton, in particular the report points out there are many factors contributing to the rise in its price.

For example, it highlights the risks to the outlook originate from weakening demand due to lockdowns (especially in China).

While, on the supply side, the World Bank projects global production of cotton will increase 8.4%, which is led by the world’s largest exporters— Brazil and the US with shares of about 20% each.

However, production in China and India, which are the world’s largest producers, is expected to decline marginally due to weather-related challenges. The report also explains cotton prices continued an upward trend that began in early May 2020 to reach an 11-year high in March with prices increasing for 20 of the past 23 months.

The World Bank states the overall price strength reflects gradual improvement in the outlook for global demand, which is expected to average 26.2 mmt in the current season, which is 2% higher than 2020-2021.

It says this outlook is a marked improvement over the previous season’s pandemic-related contraction of more than 13%.

In terms of energy, which affects every part of the apparel supply chain, prices are expected to rise more than 50% in 2022 before easing in 2023 and 2024.

Nevertheless, the World Bank believes commodity prices will remain well above the most recent five-year average.

It adds that in the event of a prolonged war, or additional sanctions on Russia, prices could be even higher and more volatile than currently projected.

In terms of energy, which affects every part of the apparel supply chain, prices are expected to rise more than 50% in 2022 before easing in 2023 and 2024.

Energy is a recurring theme throughout the report as it is required for almost every commodity.

The World Bank’s analysis suggests the war’s impact could be long-lasting because it is not possible to substitute the most affected energy commodities for other fossil fuels as price increases have been broad-based across all fuels.

Plus, the increase in prices of some commodities is driving up prices of other commodities such as high natural-gas prices raising fertiliser prices, which puts upward pressure on agricultural prices.

The report is urging policymakers to act promptly to minimise harm to citizens and to the global economy.

It says a key priority should be to invest in energy efficiency, including weatherisation of buildings and also calls on countries to accelerate the development of zero-carbon sources of energy such as renewables.

“Cotton prices are going up almost on a daily basis. But, garment manufacturers cannot do so. Now, there is no option but to increase the prices again,” said an industry source.

According to reports, 240 lakh bales of cotton have come to the market since last October. The total production expected is 340 lakh bales. So the remaining quantity should come into the market.

The Confederation of Indian Textile Industry (CITI), the Southern India Mills’ Association (SIMA) and Tirupur Exporters’ Association (TEA) have pointed to a grave situation being faced by the entire cotton textile value chain across the country following record high prices of the natural fibre.

Notably, the government had levied the 11% cent import duty on cotton when prices were nearly half of what they are now.

The trade bodies have also highlighted that the spinning mills were left with cotton stock of only 40 days or (41 lakh bales each of 170 kg) as against three to six months’ stock during any cotton season at the end of March.

Since more than 90% of the cotton crop is said to have arrived into the market during the months of December and March, industry players are suspecting a lack of clarity on the data.

Currently, approximately 240 lakh bales of cotton has arrived into the market as against 320 lakh bales that should have arrived by this time,” the industry players said pointing out that 11 percent import duty has emboldened the traders to hoard cotton in the name of farmers, adopt import parity pricing policy and curtail the global competitiveness of the Indian textile industry.

The industry also underlined the challenging situations being faced by the trade in the backdrop of the ongoing Ukraine-Russia war which has caused a steep increase in oil prices by 30-40 per cent impacting the European economy and ultimately hurting the demand for Indian exports.

The industry has urged the Government to announce duty-free import of 40 lakh bales immediately to stabilize cotton prices and create a level-playing field for the textile industry.

Notably, it is also appealed to the Government to impose a mandatory declaration of cotton stock with all the stakeholders.

This is aimed at curbing hoarding and speculation in the cotton trade.

They have urged revamping the cotton trade under commodity exchanges MCX and NCDEX.

As per CITI the cotton stocks are being held by speculators currently who are expecting a higher price from the current levels.

It is estimated that at least two lakh spindles are added every month leading to higher demand for cotton.

Textile mills have started contracting cotton from overseas suppliers though international prices are at present slightly higher than domestic prices.

If cotton and yarn exports are banned, prices will crash and the mills will incur losses.

However, the prices started shooting up after that.

The government should announce a technology mission on cotton to increase productivity and introduce a system to collect proper data on cotton this is the only way forward to save industry from constant fluctuation.

India is the largest producer and second largest consumer of cotton and it should have specific cotton contract that can be more customised to India’s requirements and market dynamics. Also, for better risk management of the stakeholders, awareness creation and training programmes on cotton contracts, arbitration rules, should be mentioned. Better accurate estimation of cotton production and balance sheet is also a long term solution to have more predictability in the market. It is better to create systems for better estimation.

Between October 2021 and April 2022, cost of cotton-based garments increased 15 %. Overseas customers are not willing to offer any further hike in prices as they had already increased the prices earlier.

The scarcity of cotton is making price rise unbearable for the entire value chain. The production cost is skyrocketing just due to record increase in cotton and cotton yarn prices. The retail prices of hosiery garments have already gone up by 30%, and a further increase of 15% is also likely to happen if cotton becomes more expensive.

Increase in prices is actually killing the garment industry. The industry is in any way in trouble after two years of Covid. Now finally it has started recovering, however, the spiraling cotton prices have badly dented the industry. Buyers are not willing to absorb the price rise resulting in margins being squeezed. Government needs to look into this so that the value added garment industry which is responsible for generating huge employment sustains and grows in the long term.

The apparel exporters have been dealing with lots of resistance by the buyers in giving new orders as a result of this steady increase in prices. India is already losing a lot of business to Bangladesh because of price competitiveness they offer due to FTA with Europe. Yarn and spinning mills are not able to contain prices and from the last few months the price of raw material and cotton is constantly going up. Last year also the prices were going up but since that was the time buyers were concerned about faster deliveries due to Covid they accepted the hike in prices but for next season we are facing resistance from buyers to increase the prices. This was an appropriate time for India to grab a bigger share in apparel exports due to the crisis in Sri Lanka, however, the constant fluctuation in raw material prices is taking away this opportunity. What we see as a solution is that there should be some restriction on yarn and cotton exports to other countries and more attention towards promoting value-added garments from India. This will not only help the apparel industry but will boost business and employment in the entire sector. As far as Ukraine Russia war and inflation is concerned it is not impacting the trade directly as this is a worldwide phenomenon. The escalation in garment prices amid increasing cotton prices is creating blockages for smooth business.