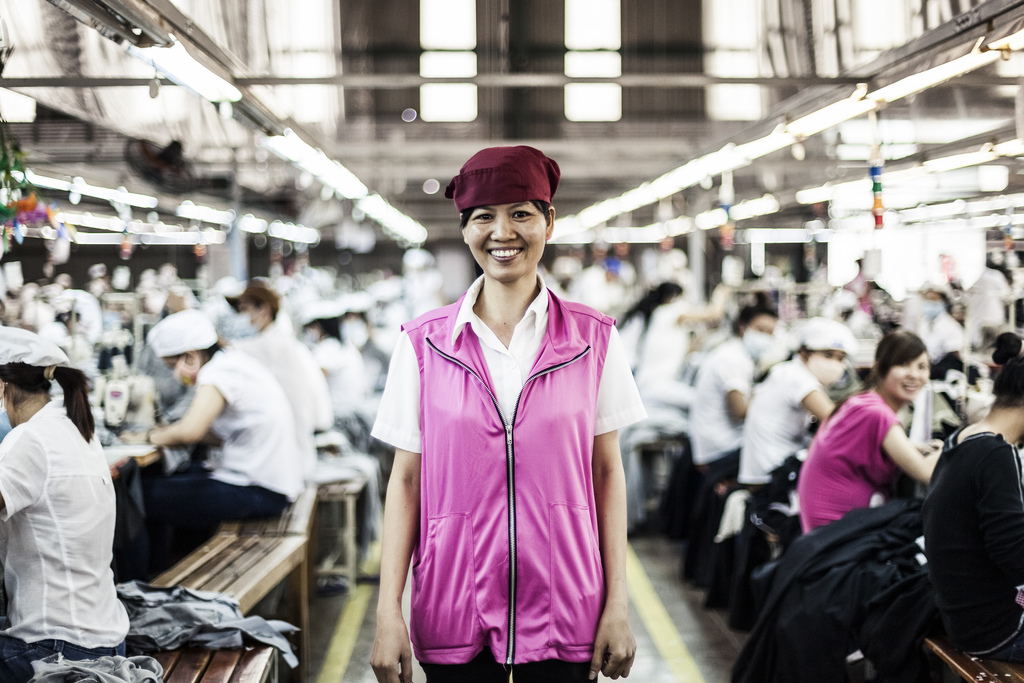 Vietnam is a Southeast Asian country, with more than 96 million inhabitants (July 2017), being world’s 14th most populous country. Bordering the Gulf of Tonkin, Gulf of Thailand, and the South China Sea, as well as China, Laos, and Cambodia, Vietnam lies in a lucrative geographical location from trade perspectives.

Country’s 61.79% of the population belongs to the age group of 15-54 years, making the median age of the country 30.5 years. Also, with 34.9% urbanization, 94.5% literacy (age 15 and over can read and write), and a stable political system, Vietnam is has become an attractive investment destination. It is a densely populated developing country, transitioning from a rigid centrally planned economy to a more industrial and market-based economy. Country’s GDP was $201.3 billion in 2016, with 32.7% of it being an industrial contribution. Vietnam’s 2016 GDP growth was 6.2%, reflecting its strong domestic demand and manufacturing exports. Vietnam joined the WTO in January 2007. It also concluded several Free Trade Agreements (FTAs) in 2015-16, including the EU-Vietnam Free Trade Agreement, the Korean Free Trade Agreement, and the Eurasian Economic Union Free Trade Agreement, as a part of its commitment towards country’s global economic integration. Vietnamese government also acknowledges the need for a second wave of economic reforms, including reforming state-owned-enterprises, reducing red tape and increasing business sector and financial sector transparency.

Vietnam owned 7% of the global apparel export trade in 2016. Vietnam’s major trade partners are USA, Japan, Korea, UK, and Germany. Vietnam imports its textiles majorly from China, Korea, USA, Japan and other Asian countries. Vietnam a country with a population of 92 million people of which 52 million people are working. Almost 20 years back Vietnam had started its apparel production however they weren’t a significant contributor to the world supply until 2005. They are presently catering to 5.7% of the world requirement. Total Export of Textile and Apparel amounts to USD 31 billion of which apparel exports contributes to a tune of 80% which is US 25 bn. Vietnam is exporting majorly to USA (45%), EU (17%), Japan (12%), South Korea (10%), China (3%), Hong Kong (1%),Mexico(1%) etc.

There are about 5000 apparel manufacturing factories comprising in Vietnam which consist of MSME, corporates, units with 100% FDI (20% of total units), state owned enterprise which are turned into private owned factories but still a significant stake is with the Government and about 12% of the countries apparel turnover is contributed by these enterprise which operates under the name VINATEX. Most of the FDI’s are from China, South Korea, India, Japan, Turkey and Taiwan. FDI has been received on account expectations on TPP and FTA with EU which seems a disappointment at this point of time as US refrained from negotiations and still negotiations are on with EU. They are also in the process of initiating talks with countries like Australia, New Zealand, and Canada on CEPA. 90% of the factories works on CMT (Cut, Make & Trim) base productions, the sourcing company’s source fabrics from China, Korea, India, Pakistan, Italy and Turkey.

Labours are provided with facilities like fair minimum wages, Insurance benefits such as Social security, health and unemployment. Minimum wages starts from USD 110 to USD 170 per month and on an average workers take home a sum of USD 240 to USD 330 per month depending on the zones and policy of the individual units. They have their own spinning mills but they don’t produce a good quality yarn due to obsolete machinery. And they have limited processing house to process the fabrics hence they bank on ready to cut fabric imports. 2.5 million workers are engaged in this sector, Government is assisting the factories in providing skill training, attrition level is about an average of 10%, The skills of workers are outstanding as far as analytical skills, work discipline, attitude and commitment to the job they do . The National Wage Council fix the minimum wages on the basis of minimum living standard, GDP, consumer price index, productivity index, Labour price in market.Challenges faced on the labour resources are the increasing number of FDI in other sectors particularly Electronics which provides a much better working condition and less tedious job. As per Vietnam’s Labour laws, normal working hours should not exceed 10 hours in one day and 48 hours in one week. Employees are not allowed to work more than 50% of the official working hours in a day, 30 hours in a month, or 200 hours in a year, as overtime. Foreign investors are allowed to recruit only foreign citizens to work in Vietnam, through prior approval in writing from the competent state authority. The trade union law in Vietnam also assures the employee the right to freedom of association. Almost all the factories employs 70% women workers, expats are allowed to work only on managerial category. Indians, Sri Lankan’s, Turkish nationals are mostly employed in the managerial positions.

Vietnam has already eliminated many non-tariff barriers under the 2001 United States-Vietnam Bilateral Trade Agreement (BTA) and through its accession to the WTO. It implemented the 2006 Customs law (WTO Customs Valuation Agreement), significantly improving its customs valuation process. Import rights are granted to all goods except certain product categories like weaponry, ammunition, military technical equipment, types of publications and cultural products, etc. Vietnam has 6 regional FTAs signed as a member of ASEAN, including ASEAN Free Trade Area (AFTA), five FTAs with China, Japan, South Korea, India, Australia and New Zealand, and 4 bilateral FTAs with Chile, Japan, South Korea and the Eurasia Economic Union (EAEU). EU is also one of the most important trade partners of Vietnam, and the EU-Vietnam FTA plays an important role in this partnership. All these FTAs make Vietnam an attractive location for foreign investments.

Vietnam factories seek a lead time of 90 days from the date of order to delivery and they do work on 45 days lead time in cases of Never out of Stock orders. The factories claimed that they are booked with orders for 6 to 8 months. There are small medium and bigger factories, they classify a factory with 300 workers as MSME and the capital investment also has been taken into account for this classification. Every Factory has trade union representatives who bridge the workers and factory management, they accompany themselves during the factory audits by the Government authorities as well as the International buyer’s complaint audit. These union representatives takes care of the smooth running of the factory by addressing the worker issues as and when a need arise. To put in a nut shell Vietnam is an emerging apparel supplier and has the best demand for MADE IN VIETNAM” in the International markets, this respect has been earned only because of their efficiency and quality despite they depend upon the raw material from the countries mentioned above

ROLE OF TECHNOLOGY IN GARMENT INDUSTRY OF VIETNAM

√ The industry, government and trade unions work harmoniously, towards the common goal of the industrial growth. There is only one representative of Labour in Vietnam i.e. Vietnam General Confederation of Labour (VGCL) · There is high level of transparency in inspection and policy formulation to ensure minimal conflict of interest. Availability of Fabric is good due to duty free import from China. Large manpower is young and skilled, therefore higher productivity and efficiency. Multi skilled work force, stable economy, minimal regulations and norms, have seen good FDI investment in this sector. Investors shared their preference for Vietnam as a manufacturing destination ,over some of the Asian neighbours, also due to good quality of life, which attracts expats too.

√ There are 3 types of workers contract in Vietnam. 0-12 months (For seasonal work) 12-36 months -Permanent ; Vietnam has Farmer to Worker skilling program under which they are promoting to move the industry to rural areas of the country.

√ The economy is stable, though it is heating up – leading to higher rentals and wages over the years. Stiff environmental policy like only clean water can be discharged, this is leading to good impression of Vietnam in global apparel market. Better Work Vietnam has undertaken 500 units in Vietnam, this is creating a global linkage of Vietnamese manufacturers and major brands who are part of Better Work. The brands have accepted and encouraged the Better Work Programme at the units. The audits at the units have reduced after the BWP, as all the stakeholders have seen value in the program.

√ The positive approach of publicizing good suppliers through public reporting (the BW website), has also been a positive impact

√ At present the bargaining powers of the workers are limited because of the contracts. Under the new industrial relation program ILO is working with MOLISA and VCCI to promote collective bargaining, besides other social issues. Automation as a tool for productivity enhancement and indirectly benefitting the worker, through better wages, has helped both the industry and workers. Although automation has reduced the need for low skilled workers (as automation is largely targeted at reducing production time, replace repetitive work and reduce energy uses), it is being promoted by govt.

√ The flexibility in engagement terms and policy of automation, among other measures have helped Vietnam record USD 30 mn exports through workforce of 2 mn workers. Higher rentals are pushing industry to rural and remote areas.

√ Rural skilling program for communes through Govt. training program are being done. The industry was earlier largely Govt. owned. In the last five years progressive equitation for reducing equity of Govt. holding has been underway. The issues of poor fabric base and need for better processing to reduce dependency on imports is being addressed by the Govt.

√ TPP had significantly increased the FDI investment into the country. But since the stalling of TPP talks, the investment has slowed down · Textile parks are in industrial zones with policies facilitating technology from other countries like China, Taiwan and Korea · Labour are provided with facilities like fair minimum wages, Social security benefits. Minimum wages starts from USD 110 to USD 170 per month and on an average workers take home a sum of USD 240 to USD 330 per month depending on the zones and policy of the individual units.

√ The National Wage Council fix the minimum wages on the basis of minimum living standard, GDP, consumer price index, productivity index, Labour price in market. Vietnam factories seeks a lead time of 90 days from the date of order to delivery and they do work on 45 days lead time in cases of Never out of Stock orders. · Vietnam factories follow line systems, lean manufacturing, 5S, Visual Control systems , Data Monitoring, Rejection analysis, their production efficiency is 95% which is outstanding. The factories are very clean and well maintained, management provides free meal to the workers though no transport or accommodation is provided.