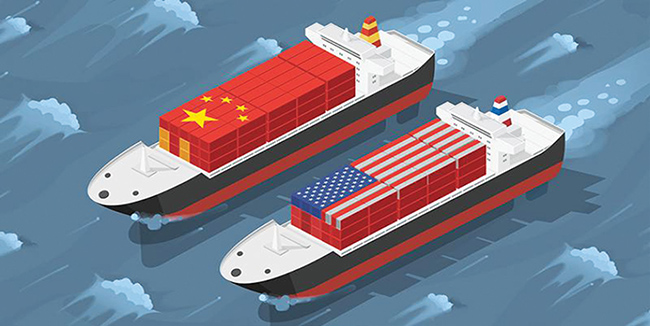 It seems that the world trade is moving towards new dimension as recently the US and China is at loggerheads with each other over the issue of tariffs on imported items. The fact of the matter is that not only the US but entire world is dependent on sourcing of basic to luxurious products from China and has a huge control on exports. To reduce its dependence the U.S. President Donald Trump imposed tariffs on $34 billion worth of Chinese goods as part of the new tariffs policy on July 6, 2018, which then led China to respond with similar sized tariffs on U.S. products.

On June 15, Trump declared in a statement that the United States would impose a 25% tariff on $50 billion of Chinese exports. $34 billion would start on July 6th, with a further $16 billion to begin at a later date. As per the Trump’s administration the tariffs were necessary to protect national security and the intellectual property of U.S. businesses, and to help reduce the U.S. trade deficit with China.

Trump had already, in August 2017, opened a formal investigation into attacks on the intellectual property of America and its allies, the theft of which had been costing America alone an estimated $225 billion to $600 billion a year. Over 1,300 categories of Chinese imports were listed for the tariffs, including aircraft parts, batteries, flat-panel televisions, medical devices, satellites, and various weapons. China responded on April 2 by imposing tariffs on 128 products it imports from America, including aluminum, airplanes, cars, pork, and soybeans (which have a 25% tariff), as well as fruit, nuts, and steel piping (15%).

China’s Commerce Ministry accused the United States of launching a trade war and said China would respond in kind with similar tariffs for US imports, starting on July 6. Three days later, the White House declared that the United States would impose additional 10% tariffs on another $200 billion worth of Chinese imports if China retaliated against the U.S. tariffs. The list of products included in this round of tariffs was released on July 11 and was set to be implemented within 60 days. Import and export markets in a number of nations feared the tariffs would disrupt supply chains which could “ripple around the globe.